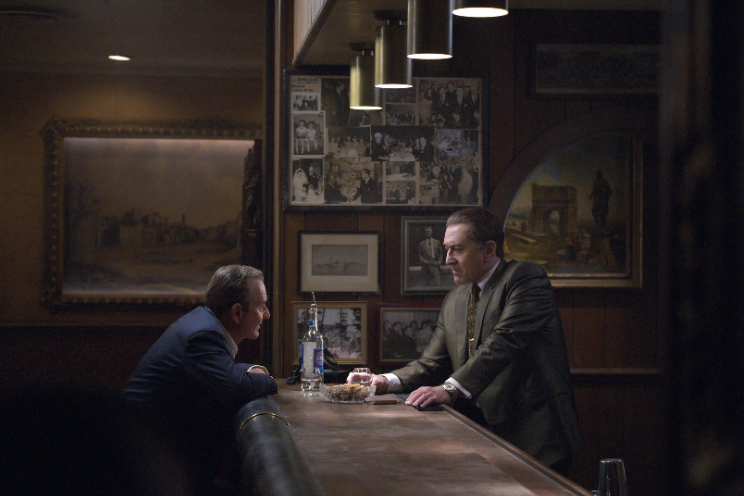 Netflix on Wednesday released the teaser of the highly anticipated gangster drama ‘The Irishman.’

The film which is based on a book called ‘I Heard You Paint Houses’ focuses on Frank Sheeran played by – four times Golden Globe award winner, Robert De Niro, who gets in deep with the wrong people, leading up to the infamous missing of labor union leader Jimmy Hoffa in 1975.

The two minutes 12 seconds teaser, is a visual treat comprising of visual effects. It starts off with a conversation between Frank Sheeran and notorious mob-connected union boss Hoffa (played by Academy Award-winning actor Al Pacino) who later goes missing. The teaser presented the characters which Director Martin Scorsese used special effects to de-age.

The teaser which takes you on a thriller rollercoaster ride chronicles one of the greatest unsolved mysteries in American history and offers a highly significant journey through the hidden corridors of organised crime and mainstream politics.

It ends with a close shot of a younger De Niro whose intense and bold looks will surely leave you questing to know more about the film.

According to Variety, It’s the ninth time that De Niro has worked with Scorsese and the first time that Pacino has been directed by the filmmaker. The ensemble cast of the film also includes Joe Pesci and Harvey Keitel, who are two long-time Scorsese collaborators.

The film which is set to premiere on the opening night at the 57th New York Film Festival will be available on the streaming platform this fall.