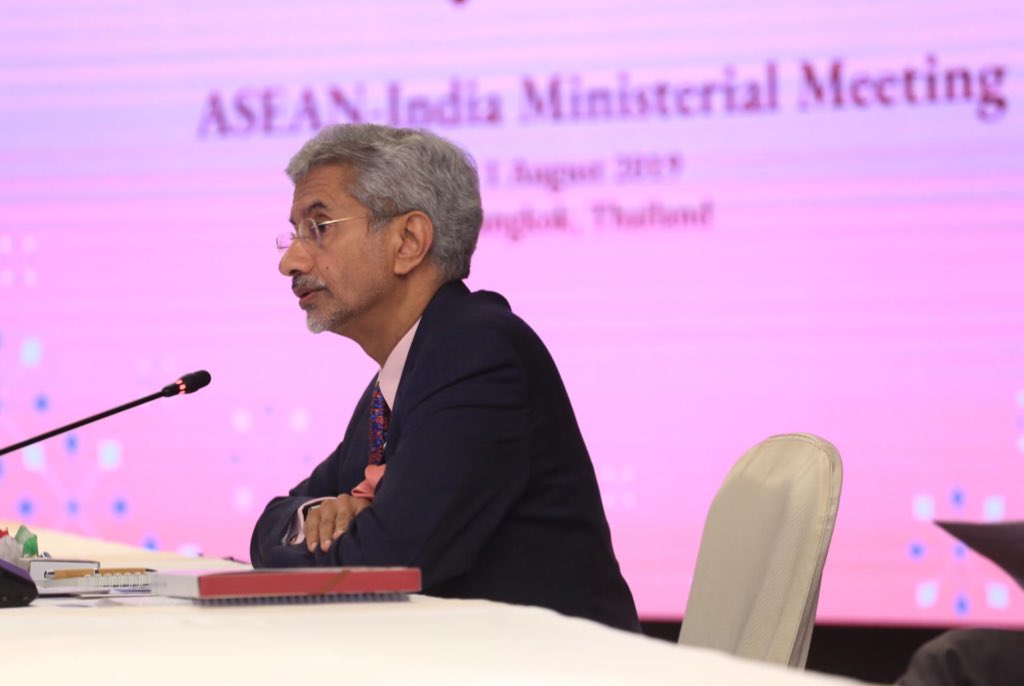 External Affairs Minister S Jaishankar on Thursday said India sees ASEAN as a region of great importance and that engagement with these countries will continue to remain a critical element in New Delhi’s Act East Policy.

“For India, ASEAN is a region of great importance. It is not an important gateway in the Indian Ocean region but is also one of the most economically and politically dynamic regions of the world today. Engagement with ASEAN has been and will always remain a critical element of India’s Act East Policy,” Jaishankar said at the ASEAN-India ministerial meet in Bangkok.

“Acting East is now also a means to implement our Indo-Pacific outlook. We want to see a strong, unified and prosperous ASEAN playing a central role in the emerging dynamics of Indo-Pacific as it contributes to India’s prosperity,” Jaishankar said.

He stressed that India seeks greater connectivity with the ASEAN region in the spheres of physical, political and economic and close people-to-people ties.

“Given our Prime Minister’s enunciation at the Shangri-La Dialogue in June 2018 of a free, open, inclusive and rules-based Indo-Pacific of which India is an important part, we warmly welcome ASEAN’s decision to articulate its own views of the concept,” Jaishankar said.

The minister also said: “We see important elements of convergence especially from the standpoint of principles and approach. This provides a roadmap to advance ASEAN-India strategic partnership in Indo-Pacific, particularly in areas of maritime cooperation, connectivity and achieving sustainable development goals.”

Jaishankar is on a two-day visit to Thailand to attend the ASEAN-India Ministerial Meeting, the 9th East Asia Summit Foreign Ministers’ Meeting (EAS FMM), 26th ASEAN Regional Forum (ARF) and 10th Mekong Ganga Cooperation (MGC) Ministerial Meeting, which will be held from August 1 and August 2. Earlier in the day, Jaishankar held bilateral talks with his Thai and New Zealand counterparts and discussed issues of mutual interest, including BIMSTEC cooperation and Indo-Pacific.