Home Uncategorized No! The video is not of Mumbai building collapse 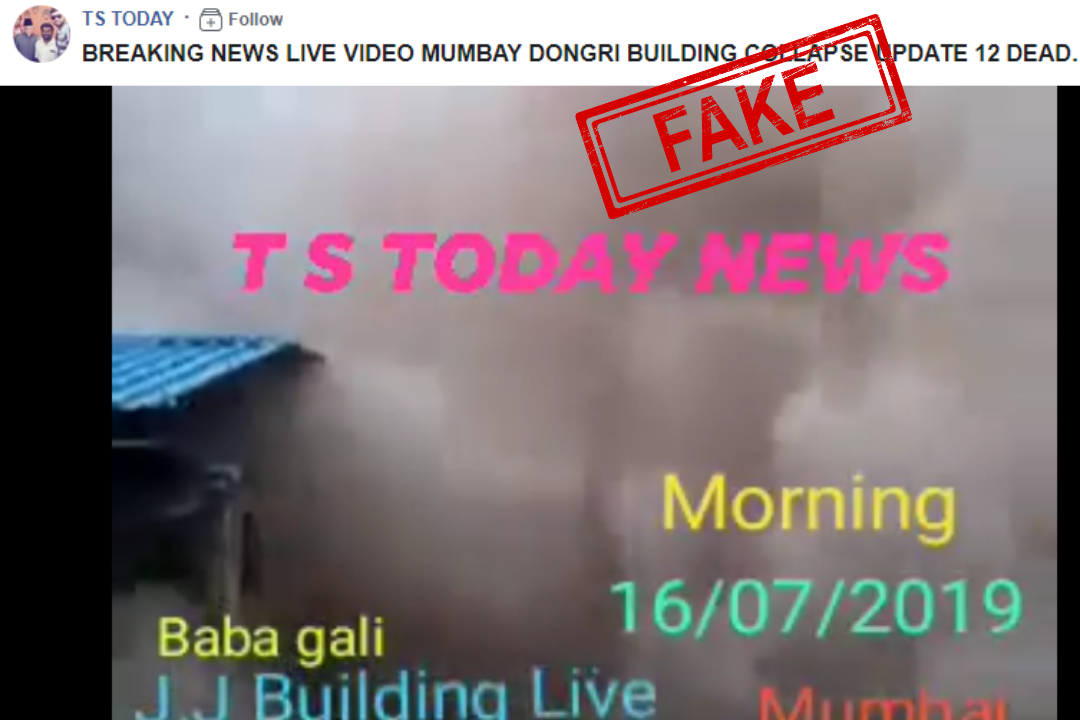 The caption of the video read: “Watch Live Building Collapsed in Dongri Mumbai .
8 People have been Lost the Life and Were Injured.Dont Miss the End”

On putting the screengrab of the video through Reverse Image Search, we found the original video on the official YouTube channel of News18 Lokmat dated September 21, 2013.

In September 2013, a four-storey building named Banoo Apartments in Thane’s Mumbra collapsed, the video is from that incident.

Hence, it proves that the video is not of the recent Dongri building collapse but Thane collapse that happened in 2013.