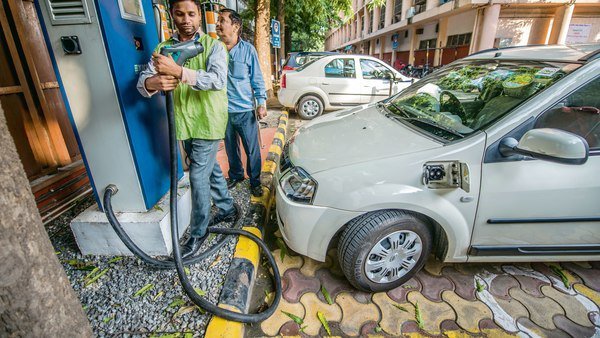 It has also approved exemption from GST on hiring of electric buses by local authorities.

The 36th GST council decided to reduce GST rate on all EVs from 12% to 5%.
For more details: https://t.co/9T32blywp0@nsitharamanoffc @nsitharaman @ianuragthakur@Anurag_Office pic.twitter.com/C0Bq5t3Tf7

The meeting, chaired by Finance Minister Nirmala Sitharaman, was held via video conferencing.

Sitharaman had told Parliament that GST on EV would be reduced from 12 per cent to 5 per cent and the government would provide additional income tax deduction of Rs 1.5 lakh on the interest paid on the loans taken to purchase electric vehicles.

“These changes will give a boost to EVs. A gradual pick up in the demand for EVs is expected,” Pawan K Goenka, the managing director of Mahindra & Mahindra, told business news channel ET Now. However Delhi Minister Manish Sisodia told CNBC-TV18 that Punjab, Delhi and West Bengal were not in support of EV rate cut proposals fully.

That impact of this measure on government revenue will be just Rs 60 crore this fiscal, ET Now reported.