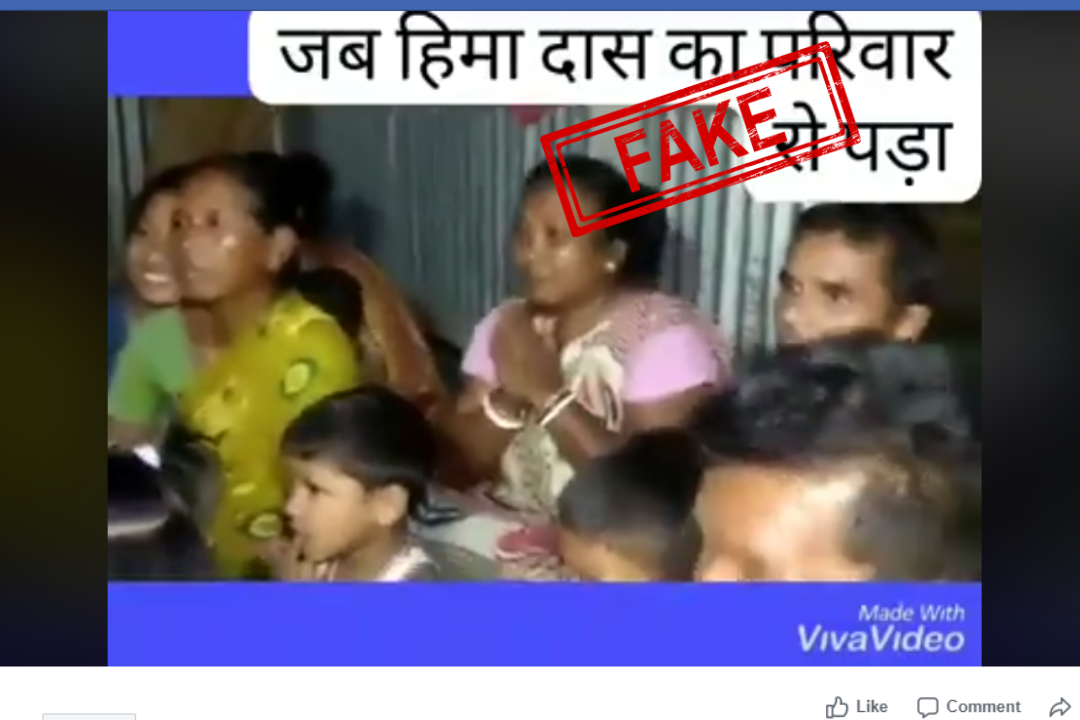 A video has surfaced on the internet shows a group of people sitting in front of a television. The claim attached to the video is that these people are ace sprinter Hima Das’ family members who started crying after she won a gold for India.

(Translation: The moment when Hima Das’ family broke into tears)

On putting the screengrab of the video through Reverse Image Search, we found the original video on the official YouTube channel of Hindustan Times, dated Aug 30, 2018.

The caption of the video read: “Watch: Swapna Barman’s family in tears while watching her win gold for India”

Athlete Swapna Barman’s mother broke down while watching her daughter win gold for India on August 29, 2018, during the 18th Asian Games, in Jakarta, Indonesia.

Hence, it proves that the people in the video are not Hima Das’ family but Swapna Barma’s family. Therefore, the claim is FAKE.