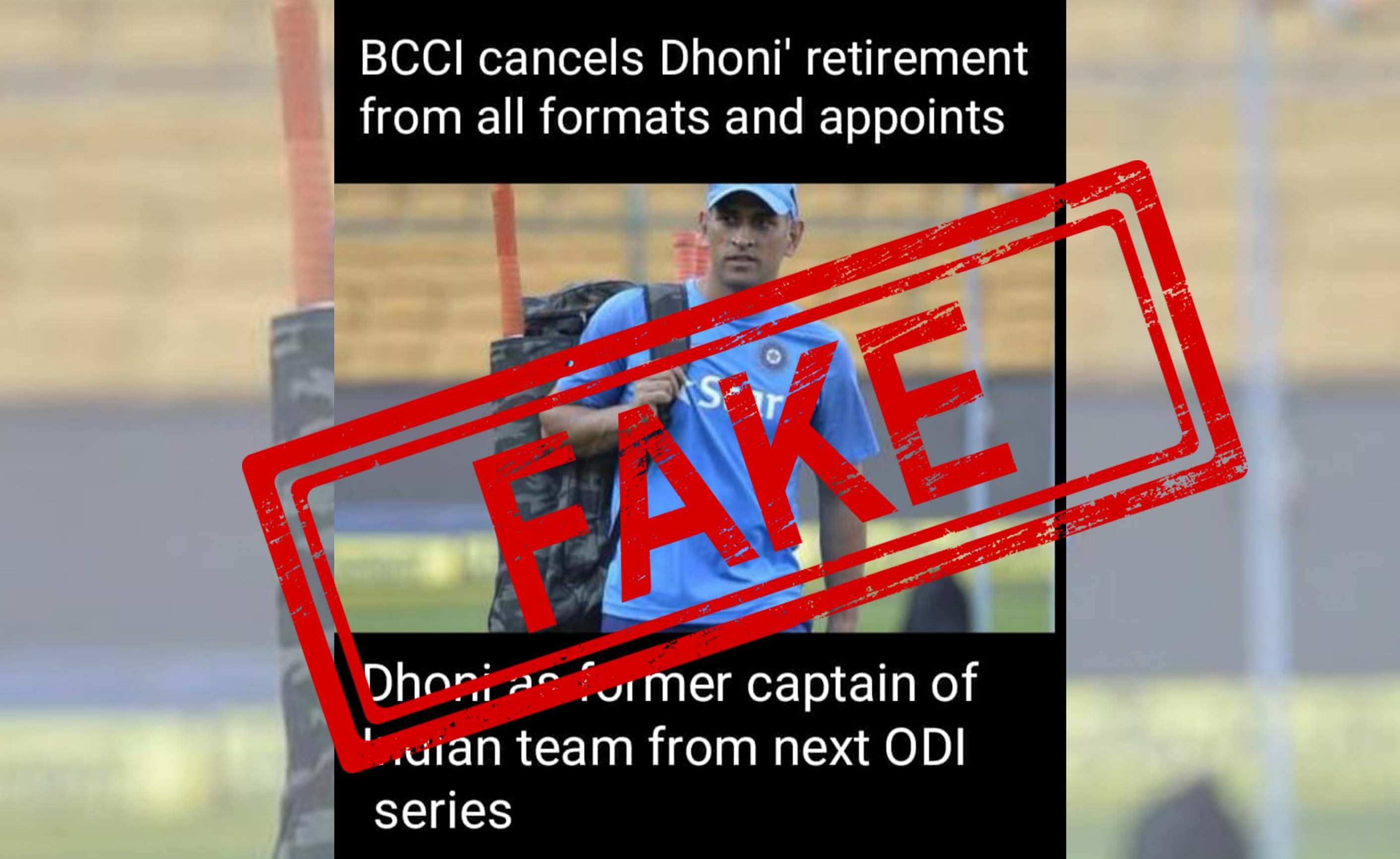 Following India’s exit from the World Cup after losing against New Zealand in semi-finals, a picture post has surfaced on the internet according to which BCCI has cancelled MS Dhoni’s retirement from all formats and he will be playing the next ODI tournament.

The text on the picture read: “BCCI cancels Dhoni’s retirement from all formats and appoints Dhoni as the former captain of Indian team from next ODI series.” 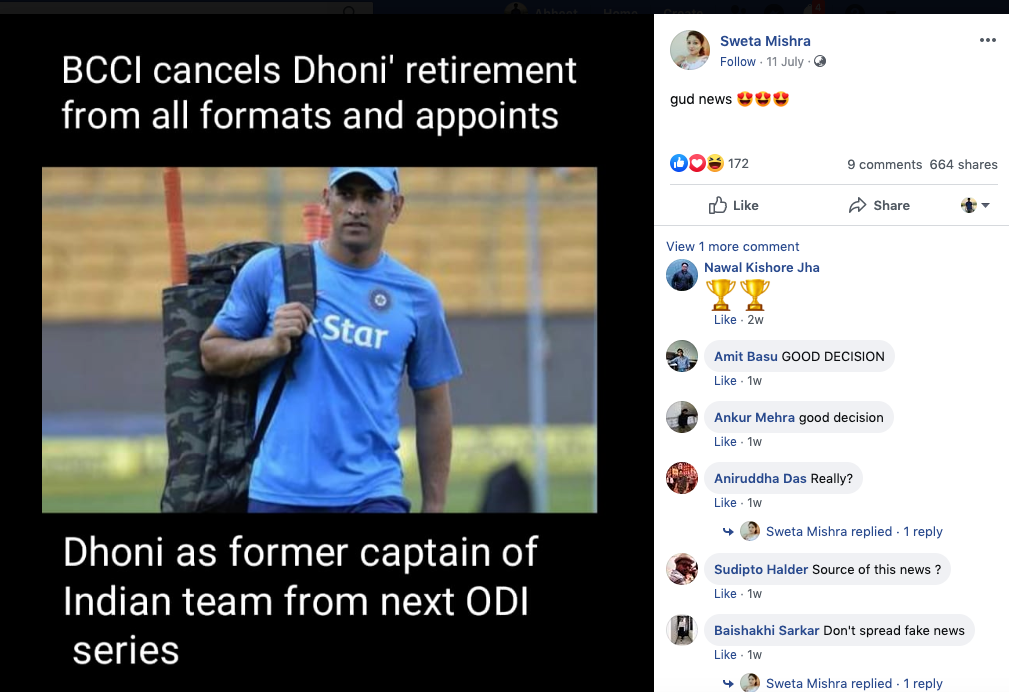 Firstly, after India’s exit from the World Cup, MS Dhoni has not announced retirement and there has been no information from BCCI about cancelling Dhoni’s retirement from other formates of cricket as he retired from test cricket in 2014.

Moreover, BCCI recently announced the squad for the upcoming series against West Indies in which MS Dhoni has been rested for all three formats.

Hence, the above information proves that viral claims are False.