Home Home Slider Anyone elected from outside the Gandhi family, will lead to a split:...
ShareTweetGoogleWhatsappPrint
Mail

The grand old party of Indian politics is in a crisis situation. Ever Since Rahul Gandhi resigned from the post of party leadership, the confusion about who will take up the reins of the party has been looming large. 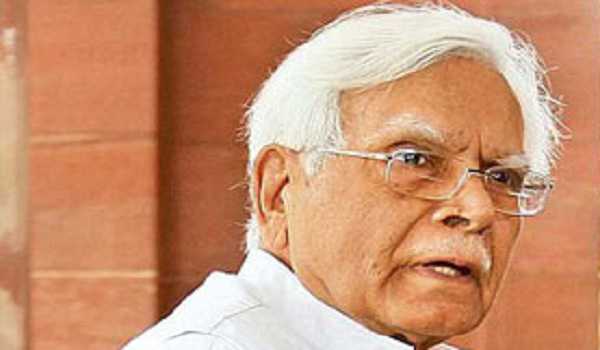 Now party veteran Natwar Singh has, yet again, brought up the name of a Gandhi to take on the position. On Sunday, he backed numerous other Congress workers, who want Priyanka Gandhi Vadra to take up the top post. He further added that if a non-Gandhi takes charge, it can cause the party to split.

According to ANI, he praised Priyanka for her visit to Sonbhadra to meet victims of a firing incident and said that she is capable of handling the party.

He also said that Rahul’s decision to have someone from outside the Gandhi family as the party chief will have to be reversed.

On being asked if Priyanka would be elected as the party president, the Congressman said, “It will depend on Priyanka because her brother (Rahul Gandhi) had said that nobody from the Gandhi family will become the Congress president. Now, the family will have to reverse the decision and only they can do it.”

Earlier, Anil Shastri, son of former prime minister Lal Bahadur Shastri, had said that Priyanka Gandhi should be made the Congress president as no one other than her is “100 per cent acceptable”.
Shastri, speaking to ANI, had also warned that if somebody else is made the supremo and a section of the outfit does not accept them, chances are that the party will disintegrate.

“It is unfortunate that the country’s 134-years-old party does not have a party president. I do not think apart from the Gandhi family, anyone should be elected as the president,” Singh added.

It has been approximately 50 days since Rahul Gandhi stepped down as Congress president after the party received a humiliating defeat in the 2019 general elections in India.

Congress party is also facing difficult times in the state of Goa and Karnataka. The Congress JD(S) alliance in Karnataka is facing the floor test in the Vidhan Souda today.