Former Chief Minister of Delhi Sheila Dikshit passed away due to a cardiac arrest in Escorts Fortis hospital on Saturday at the age of 81.

Dr Ashok Seth, Director, Escorts Fortis said, “Sheila Dikshit was managed well by a team of doctors. At 3:15 pm she again suffered a cardiac arrest. She was put on a ventilator and at 3:55 pm she passed away peacefully”

A post graduate in history from Miranda House, Delhi University, Dikshit was a Doctorate in Philosophy from the University of Delhi. 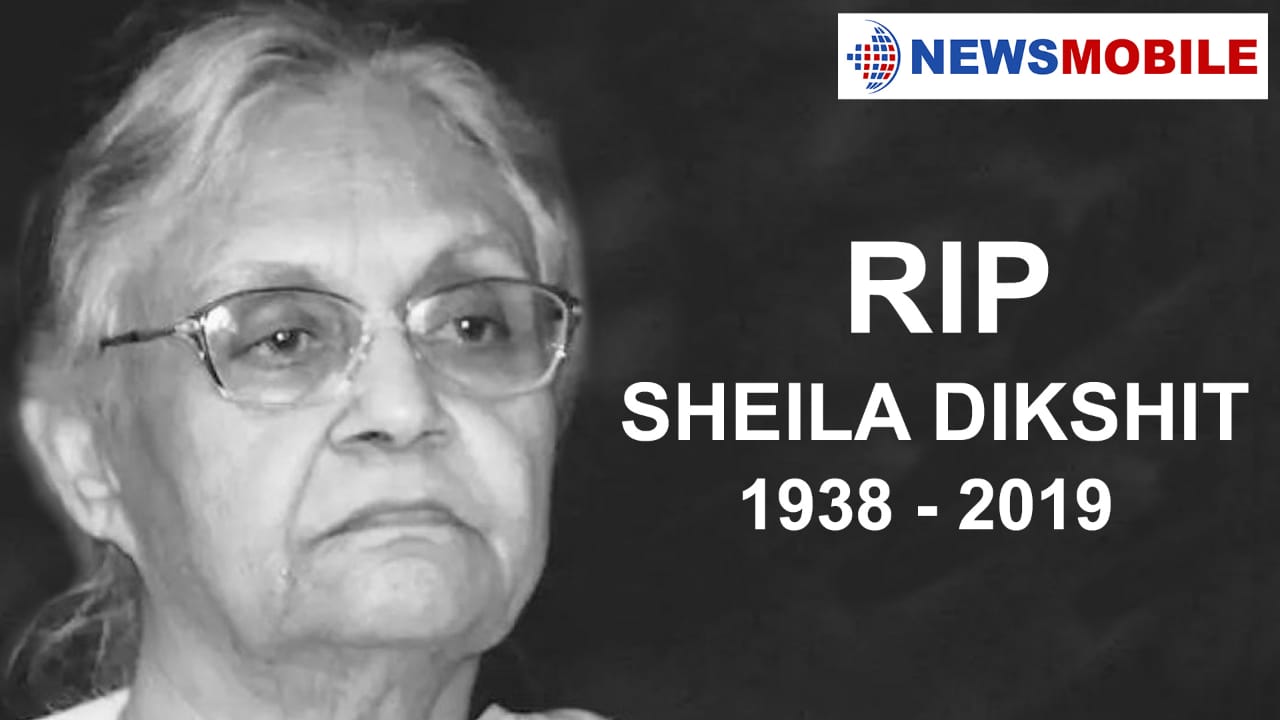 She was appointed as the Governor of Kerala in March 2014 but gave her resignation 5 months later.

Political leaders from all across the country are tweeting after the news of her demise broke expressing their condolences.

Deeply saddened by the demise of Sheila Dikshit Ji. Blessed with a warm and affable personality, she made a noteworthy contribution to Delhi’s development. Condolences to her family and supporters. Om Shanti. pic.twitter.com/jERrvJlQ4X

I’m devastated to hear about the passing away of Shiela Dikshit Ji, a beloved daughter of the Congress Party, with whom I shared a close personal bond.

My condolences to her family & the citizens of Delhi, whom she served selflessly as a 3 term CM, in this time of great grief.

We regret to hear of the passing of Smt Sheila Dikshit. Lifelong congresswoman and as three time CM of Delhi she transformed the face of Delhi. Our condolences to her family and friends. Hope they find strength in this time of grief. pic.twitter.com/oNHy23BpAL

Just now got to know about the extremely terrible news about the passing away of Mrs Sheila Dikshit ji. It is a huge loss for Delhi and her contribution will always be remembered. My heartfelt condolences to her family members. May her soul rest in peace

Shocked to hear about the sudden demise of Smt Sheila Dixit. She was one of the tallest leaders in Congress & transformed Delhi in her tenure as CM. My deepest condolences to her family & loved ones.