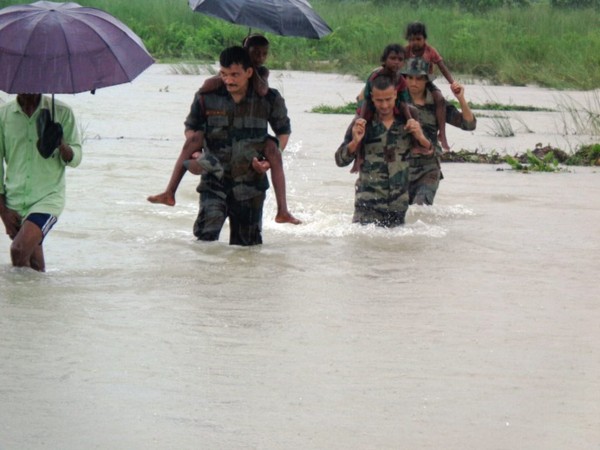 A large scale flood relief operation by the Indian Army troops is underway in flood-hit areas of lower Assam since 11 June after the torrential rain hit the region.

The intensified downpour has triggered deluge in all districts of the region, disrupting the normal life.

“So far, a total of six requisitions for provision of Army assistance have been received from the civil administration. Accordingly, units have executed the Disaster Relief Tasks on war footing in Baksa, Nalbari, Barpeta, Dhekiajuli and Morigaon districts,” an official statement said.

In spite of incessant heavy rains, rescue columns are operating round the clock in the flood-affected areas.

“In the last six days, a total of 488 civilians have been evacuated along with relief to 450 civilians,” it added.

The humanitarian aid carried out by the Army has been greatly appreciated by the civil populace and State administration,” it added.