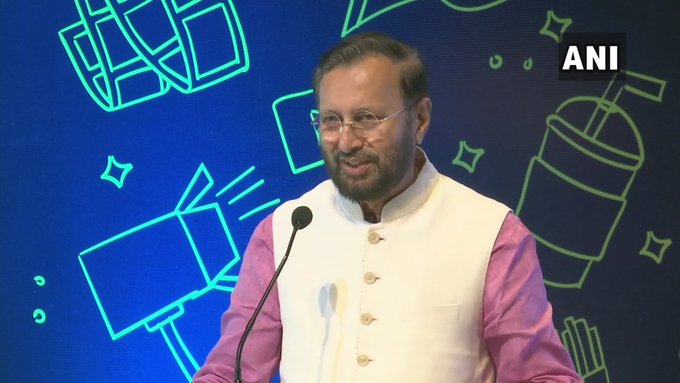 New Delhi: Union Information and Broadcasting Minister Prakash Javadekar said on Thursday that censoring films shown on online platforms like Netflix and other platforms is a matter of discussion and government will take a decision only after consultation with stakeholders.

Speaking at the opening ceremony of the Jagran Film Festival in the national capital, Javadekar said, “New concerns are being raised that films are being shown on Netflix and other online platforms, what to do about them, there’s no censor. It is a matter of discussion but we will take a decision only after consultation with stakeholders.”

P Javadekar, Information&Broadcasting Min: New concerns are being raised that films are being shown on Netflix&other online platforms, what to do about them, there’s no censor. It’s a matter of discussion but we’ll take a decision only after consultation with stakeholders.(18.07) pic.twitter.com/RR625FJUNB

On the other hand, Netflix is making binge-watching easier and more affordable with its upcoming mobile-only plan for India. Following the footprints of its rival media-services provider, Amazon Prime Video and Disney’s Hotstar, Netflix is all set to roll out a mobile-only plan, starting in India.

ALSO READ: This drama has taken place at least eight times since 2001: India on Saeed’s arrest by Pak

The upcoming plan will let customers stream the content on a mobile device, The Verge has reported.

In a letter to investors released on afternoon of July 18, Netflix stated that the plan “will be an effective way to introduce a larger number of people in India to Netflix and to further expand our business in a market where Pay-TV ARPU (average revenue per user) is low (below $5).