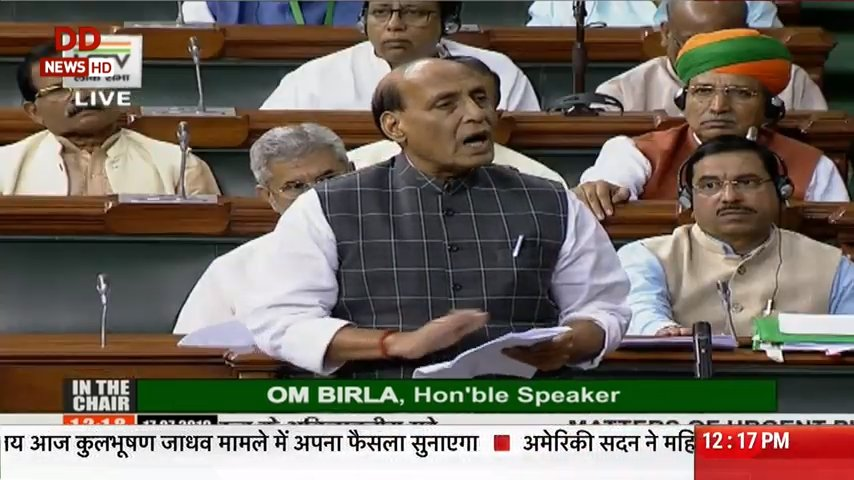 Defence Minister Rajnath Singh said on Wednesday that the Indian and Chinese forces were observing ‘full restraint’ at Doklam and noted that infrastructure was being ramped up along the border with China to ensure security.

In 2017, a standoff had taken place at Doklam between the forces of the two neighbouring countries.

Responding to a concern raised by Congress leader Adhir Ranjan Chowdhury in Lok Sabha about the alleged intrusion of China at Demchok sector, Singh said that the government was fully aware of security requirements of the country.

Singh said that the security requirements are reviewed from time to time and appropriate decisions are taken. He further added that both the countries are following existing agreements so that peace and tranquillity are ensured on the border.

“The infrastructure on India-China borders such as road, tunnel, railway line and airfield is being developed to ensure the country’s security and integrity,” he said.

Defence Minister Rajnath Singh in Lok Sabha: Infrastructure like roads, tunnels, railway lines and airfields are being developed on the border of India & China to ensure the sovereignty & security of the nation. pic.twitter.com/mx1gVFkaeG

Singh said that standoff at Doklam between the two countries that occurred in August 2017 was resolved and the government has already stated its position. “Both sides are observing full restraint at Doklam,” he said.

Union Defence Minister, Rajnath Singh in Lok Sabha: India and China are respecting the existing agreements to maintain peace and tranquility at the border. pic.twitter.com/6uHeGinkaM

Singh said Prime Minister Narendra Modi and Chinese President Xi Jinping had given strategic guidance to their forces following the Wuhan informal summit last year so that there is better dialogue, mutual confidence is created and management of border affairs improves.

He said that while there was dialogue at the political level between special representatives of two countries on outstanding issues related to the border, there were other mechanisms including Working Mechanism for Consultation and Coordination on India-China Border Affairs (WMCC) which has regular meetings.