Home NM FACT CHECKER Fact Check: This is not what Kane Williamson said about MS Dhoni 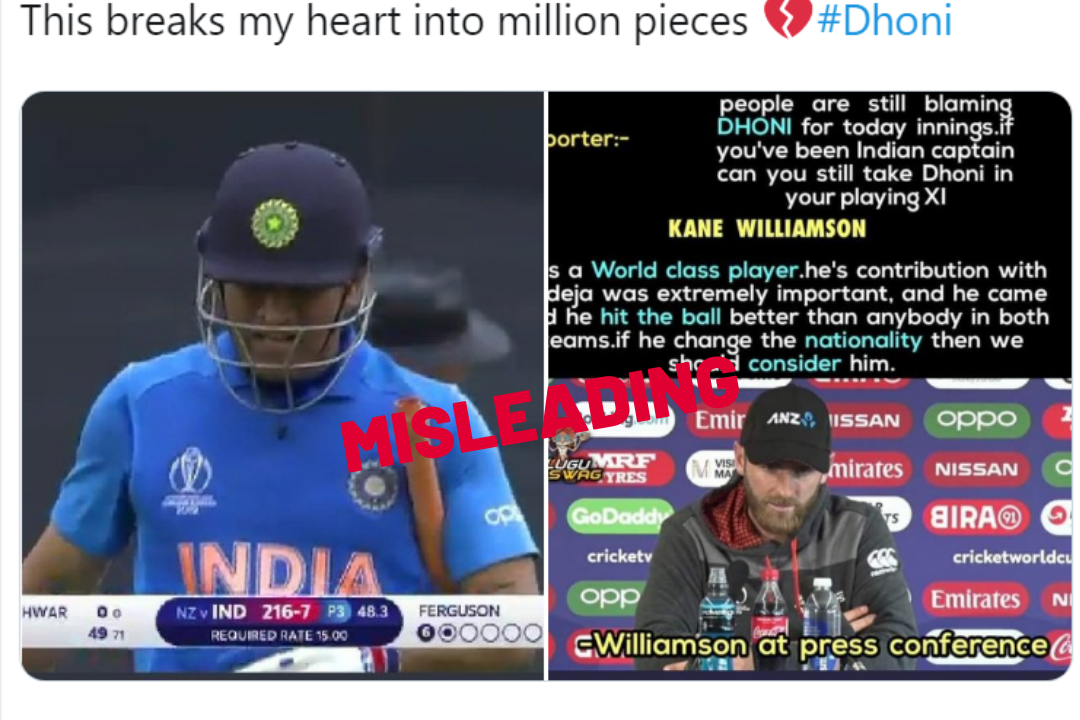 A post with a misleading caption has surfaced on the internet, after the World Cup match against India and New Zealand got over. 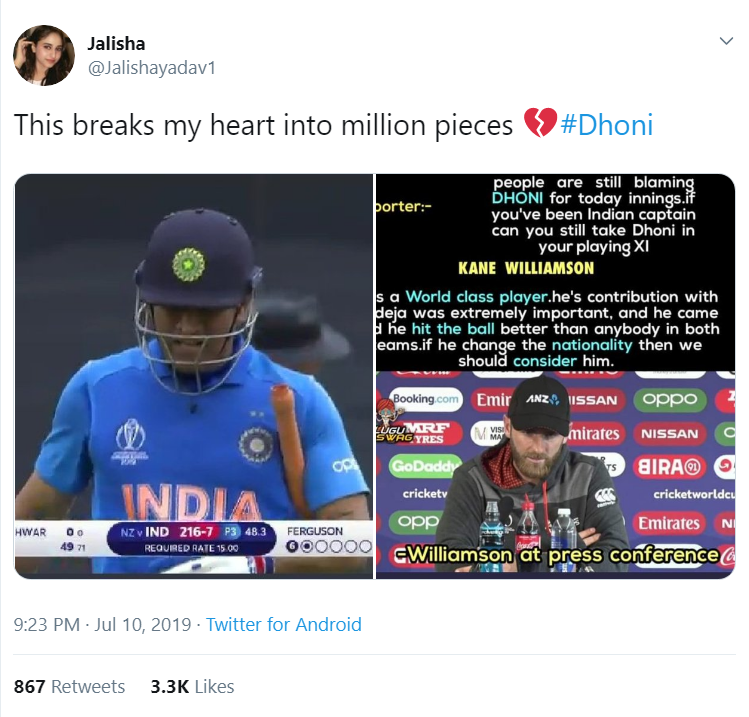 This breaks my heart into million pieces 💔#Dhoni pic.twitter.com/lyIVxLPSTB

Team NewsMobile fact-checked the above viral post, we found the statement to be misleading.

“Is he looking to change nationalities?” 😂

Kane Williamson is asked whether he’d pick MS Dhoni if he was his captain.#INDvNZ | #CWC19 pic.twitter.com/K2vxrwm7gE

When asked about the criticism Dhoni has had to deal with, New Zealand captain Kane Williamson, speaking at the post-match presentation ceremony, talked about the India wicketkeeper’s experience.

“He is not eligible to play for New Zealand,” Kane Williamson said.

“Is he looking to change nationalities? Because we will consider that selection if we have to!

“He’s a world-class player. Had I been the India captain? Yeah, his experience at his level and in these occasions is so important and his contribution today and yesterday, but throughout this campaign, it was extremely, extremely important. That partnership he was involved in with Jadeja who came in and hit the ball better than anybody in both teams was very, very valuable and he’s a world-class cricketer.”

Hence, this proves that Kane’s statement is manipulated and the above post is misleading.