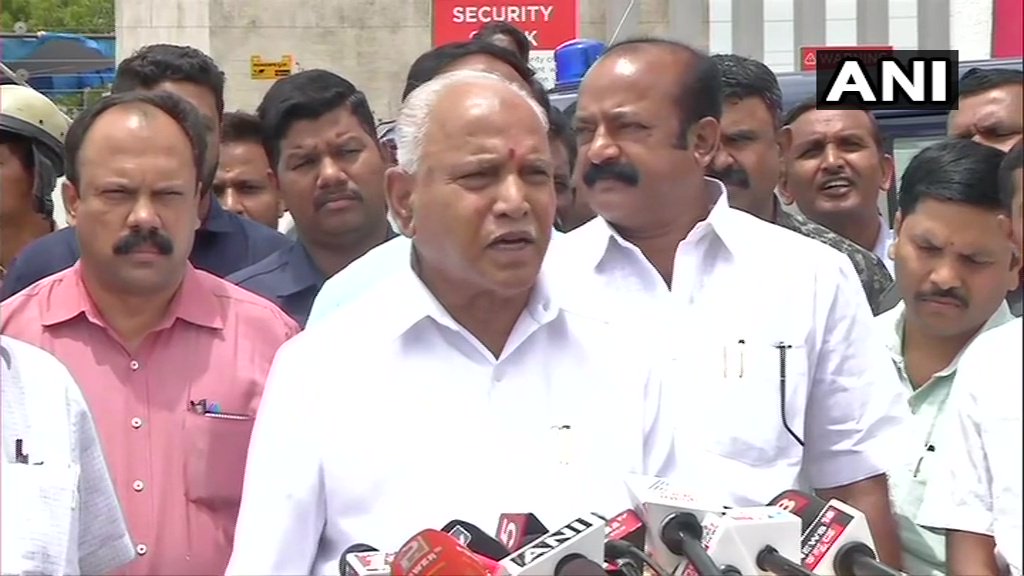 “I will advise Kumaraswamy to resign immediately because more than 15 MLAs from JD(S) and Congress have resigned. Two independent ministers have also resigned and met Governor to declare that they would support Bharatiya Janata Party. So you (the CM) does not have the majority,” Yeddyurappa told the media.

“Tomorrow, I will advise Kumaraswamy at the Business Advisory Committee meeting to face confidence motion or resign,” he added.

Kumaraswamy had on Friday sought permission from Speaker KR Ramesh Kumar to face a floor test during the ongoing session of the Assembly.

The coalition government, which has been shaky since it came into being last year, is facing a serious crisis now with 16 MLAs – 13 of the Congress and three of the JD(S) – resigning from their Assembly membership.

However, Congress MLA MTB Nagraj’s announcement to take back her resignation brought respite to the Coalition on Saturday as the coalition partners intensified their efforts to persuade the disgruntled MLAs.