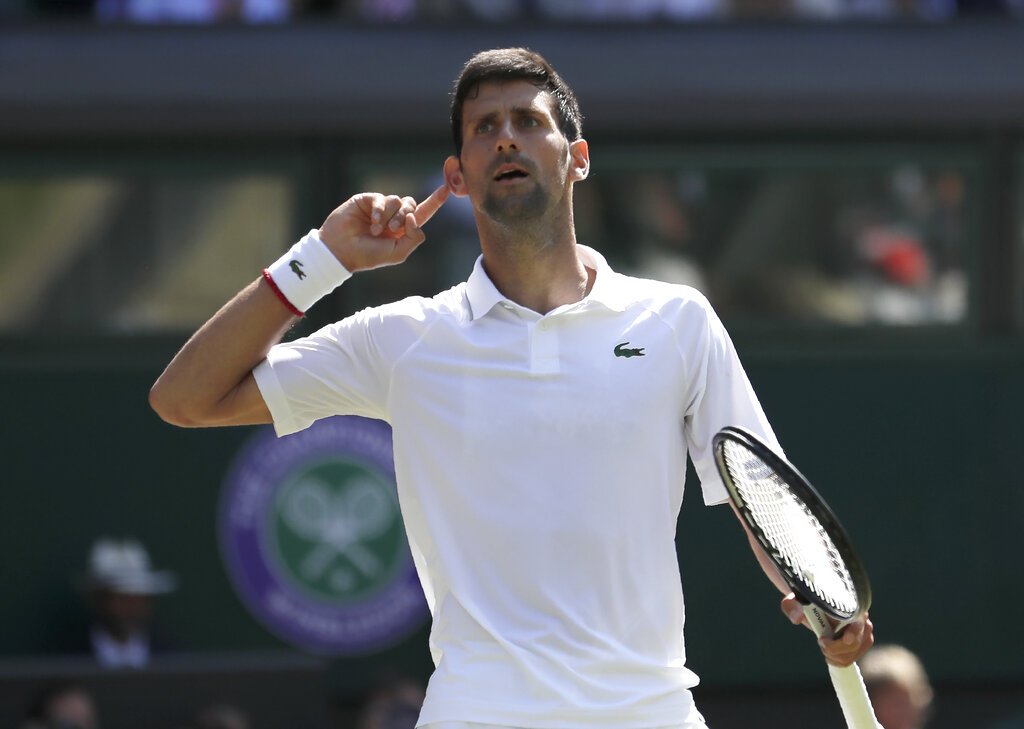 Novak Djokovic progressed to the finals of the ongoing Wimbledon tournament as he defeated Roberto Bautista Agut 6-2, 4-6, 6-3, 6-2 in the semi-final match on Friday.

As a result of this win, Djokovic has entered his 25th Grand Slam final. Before this match, Agut had defeated Djokovic two times this year.

Djokovic came out all guns blazing in the first set and he completely dominated Agut. The Spanish Agut was not able to create any kind of momentum in the match and was able to win just two games. The Serbian easily sealed the first set 6-2.

After losing the first set, Agut changed fortunes around as he dominated the Serbian in the second set.

The second set was a closely contested one as Djokovic was able to win four games. However, Agut maintained his calm to seal the second set 6-4.

The third set was a crucial one as both players were looking to gain an upper hand in the match. World number one Djokovic showed his class and completely outplayed Agut in the third set. The Serbian did not need much time in brushing off Agut’s challenge as he sealed the deal in the third set 6-3.

Djokovic will face either Rafael Nadal or Roger Federer in the finals of the tournament on Sunday, July 14.