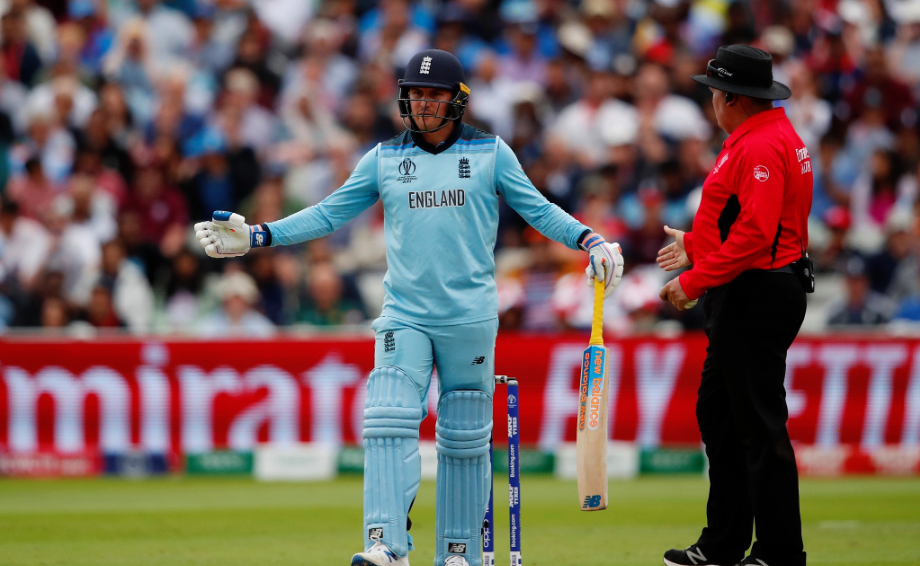 England opener Jason Roy has been fined 30% of his match fee after he expressed dissent at the umpire’s decision during his side’s semi-final clash against Australia at Edgbaston on Thursday.

“Roy was found to have breached Article 2.8 ICC Code of Conduct for Players and Player Support Personnel, which relates to showing dissent at an umpires decision in an international match. In addition to the 30 per cent fine, two demerit points have been added to Roy’s disciplinary record,” ICC said in a statement.

Roy came out furiously on the Australian bowler when his side was chasing a modest target of 224 runs, set by the defending champions after opting to bat first.

Jason Roy on his way to the dressing room after his controversial out. Watch till the end #ENGvAUS #CWC2019 #JasonRoy #1992MeinBhi pic.twitter.com/GHYkgMd2KF

Roy played a knock of 85 runs off just 65 balls before he was caught behind in the 20th over, bowled by Pat Cummins. However, Roy expressed dissent over the umpire’s decision of declaring him out.

The statement also added that there was no need for a formal hearing as Roy admitted the offence and accepted the sanction proposed by match referee Ranjan Madugalle.

England registered a massive eight-wicket victory over Australia to secure their spot in the final, where they will face New Zealand at Lord’s on July 14.