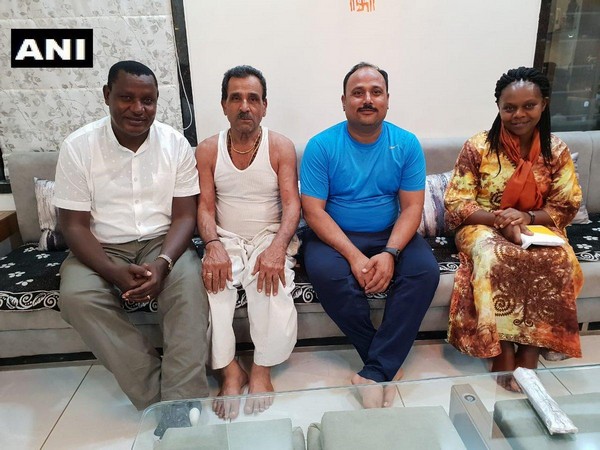 A Member of Parliament (MP) from Kenya travelled all the way to Maharashtra’s Aurangabad city just to repay a debt of Rs 200 he had taken from a grocer 22 years ago.

The grocer, Kashinath Gawli, was overcome with emotion after he met Richard Nyagaka Tongi, the lawmaker from the Nyaribari Chache constituency in Kenya.

Tongi had studied management at Maulana Azad College from 1985-89 and was provided food provisions by Gawli each day, according to a post on his Facebook page.

When he returned to Kenya, Tongi had an outstanding debt of Rs 200 with Gawli, who then ran his grocery shop in the Wankhedenagar locality. It was the place where Tongi had resided.

“I had a debt from 22 years ago that I had not paid, they had given me food but I had not paid. So when I got married, I vowed to return to India and payback. Now, my heart is at peace,” he told reporters.

Tongi, who visited Aurangabad with his wife Michelle, said that it was an emotional journey to undertake.

“As a student in Aurangabad, I was at my lowest point, when these people (Gawlis) helped me. Then I thought that someday, I will come back and (re)pay. I want to say thank you. This is so emotional for me,” the Kenyan MP said.

“God bless the old man (Gawli) and his children. They were wonderful to me. They wanted to take me to a hotel for a meal but I insisted that we should eat in their house,” a beaming Tongi added.

The Kenyan politician also interacted with the students at the college where he had studied.