Home Music & Entertainment ‘Saaho’,’Mission Mangal’ and ‘Batla House’ to hit the theatres on the same... 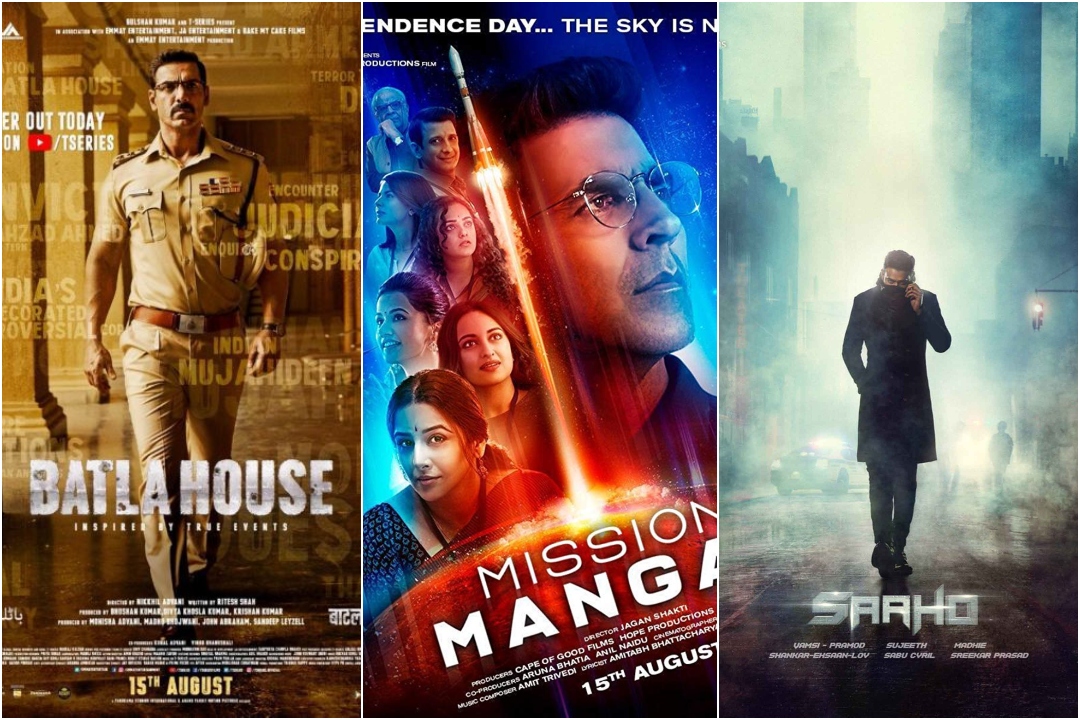 “Make some noise for the desi boys,” said John Abraham when asked about his upcoming film ‘Batla House’ locking horns at the box office with Akshay Kumar’s ‘Mission Mangal’ on Independence Day 2019.

Both John and Akshay’s upcoming films will release on August 15. The competition is even more intense since both are based on the theme of patriotism and are all set to hit the theatres on Independence Day.

“Honestly, if there was a controversy, I would have loved to create it, but Akshay and I are very dear friends, we really get along. In fact, just the other day we texted each other. There is absolutely nothing there. We are just releasing two films on the same day,” the actor said while commenting on the box office clash with his ‘Desi Boyz’ co-star and friend.

John also asserted that a festival or holiday release is an important factor for him, specifically for this film.

It is going to be one tough task for moviegoers to choose among ‘Mission Mangal,’ ‘Saaho,’ and ‘Batla House’ as all the three movies are scheduled to hit theatres on the same day.

Inspired by the real Batla House encounter that took place almost a decade ago on September 19, 2008, officially known as Operation Batla House, the film will see John portraying the role of Sanjeev Kumar Yadav, who spearheaded the encounter.

Akshay’s ‘Mission Mangal’ is based on true events of the Indian Space Research Organisation (ISRO) successfully launching the Mars Orbiter Mission (Mangalyaan), making it the least expensive mission to Mars.

Joining the race, is Shraddha Kapoor’s ‘Saaho’ has a lot to offer in terms of spine-chilling action sequences performed by ‘Baahubali’ actor Prabhas. The film also marks his debut in Bollywood.