The Jagannath Rath yatra is a popular festival that marks the holy trinity of Lord Jagannath, his brother Lord Balabhadra and sister Subhadra and their journey for a short visit to their maternal aunt’s place at the Gundicha temple, Odisha. 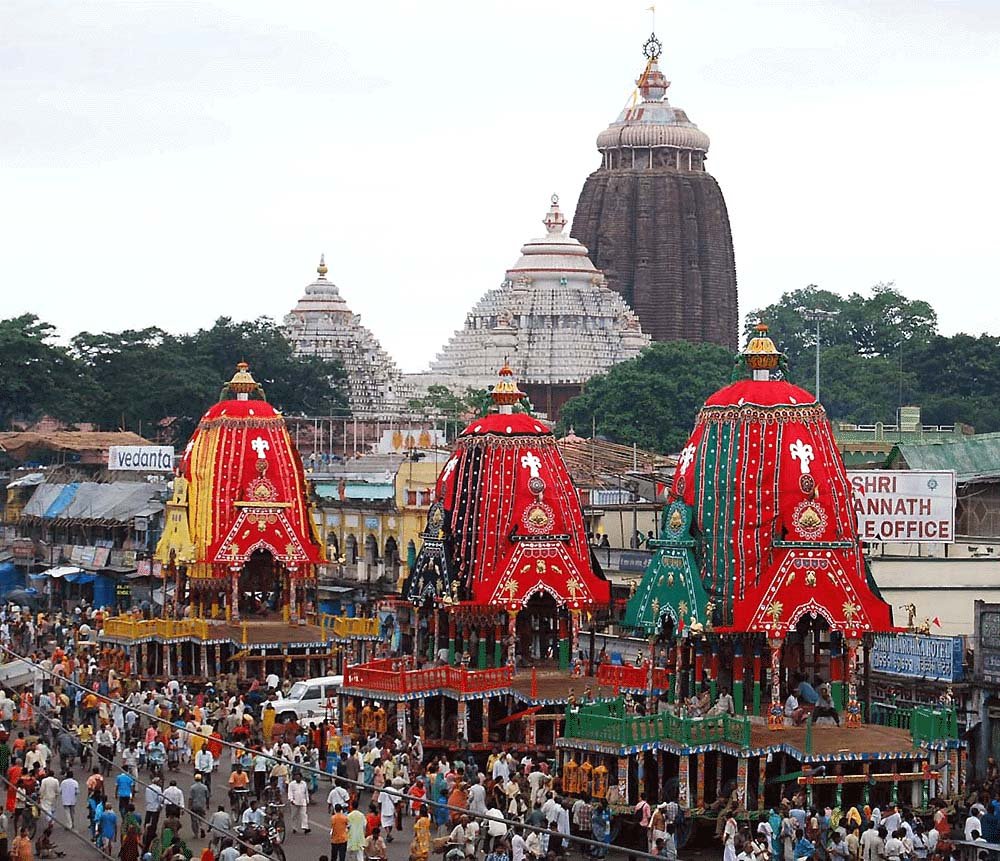 The festival is celebrated with pomp and bouts of joy, as Puri, Odisha gathers more than a million devotees to the biggest Jagannath Rath Yatra in the world. It is popularly also called the ‘Chariot Festival’, it’s celebrated on the 2nd day of the Shukla Paksha, Ashadh month according to the traditional Oriya Calendar. This year the festival began on July 4.

A few lesser known facts about the Rath Yatra are as follows;

1. During the Yatra wooden replicas of the deities are adorned with flowers and decorations and paraded on large chariots.

2. The idols are bathed with 109 buckets of water, which is known as Snana Pornima. This event is called Ansara.
3. The 3 deities remain at the Gundicha Temple, for 9 days. After which they return to their home. This return journey is called the ‘Bahuda Yatra’.

5.In West Bengal, the Rath Yatra it is celebrated for over 600 years. It is believed to have been built by Kamalakar Pipilai, a close associate of Shri Chaitanya Mahaprabhu in the 14th century.

Also Read: Here are the world’s 5 weirdest museums that will leave you surprised

The Jagannath Rath Yatra is still going in Puri, Odisha and will be in celebration till the last week of this month.