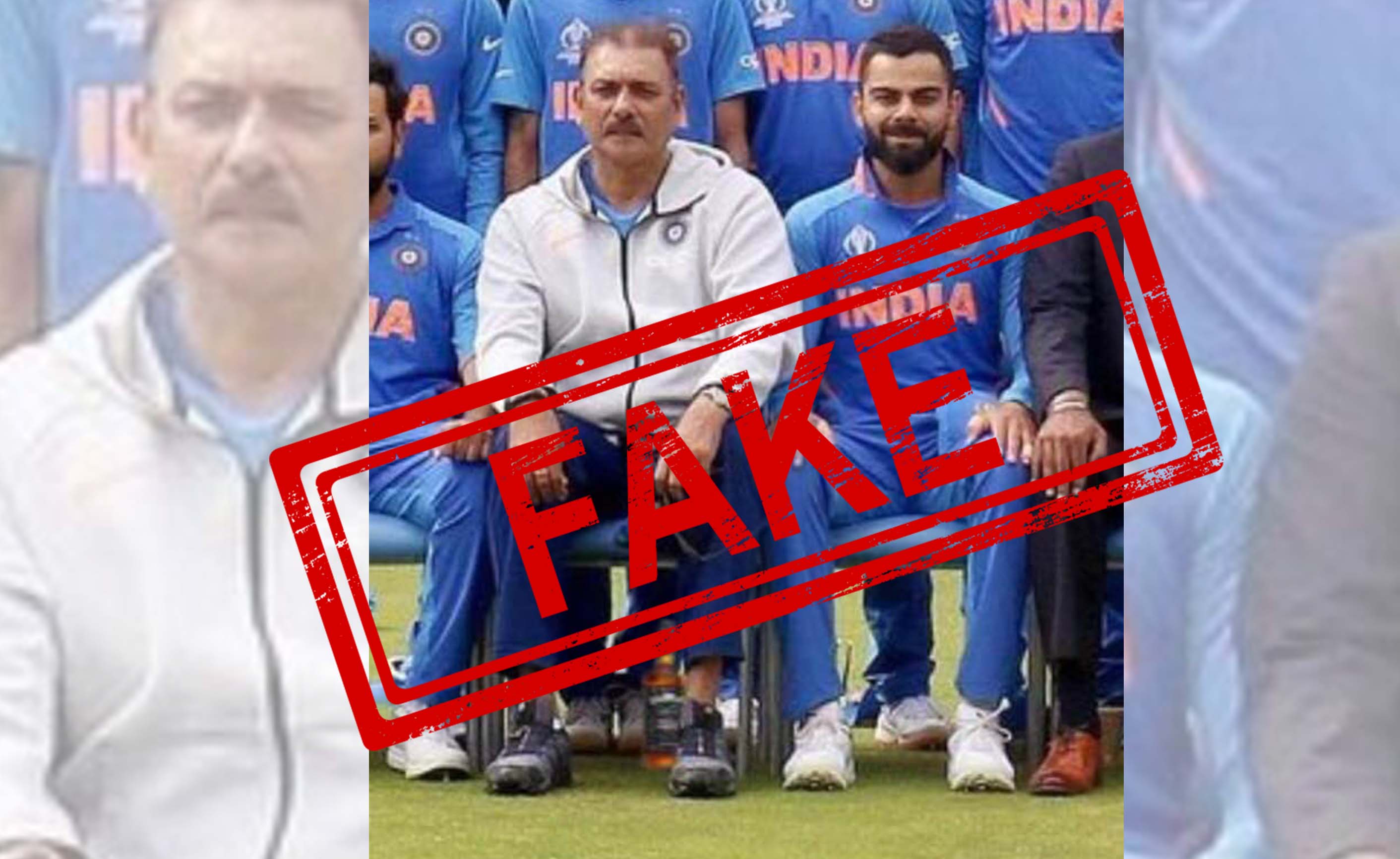 A picture of Indian cricket team coach Ravi Shastri has gone viral on social media in which a liquor bottle can be seen under his chair. 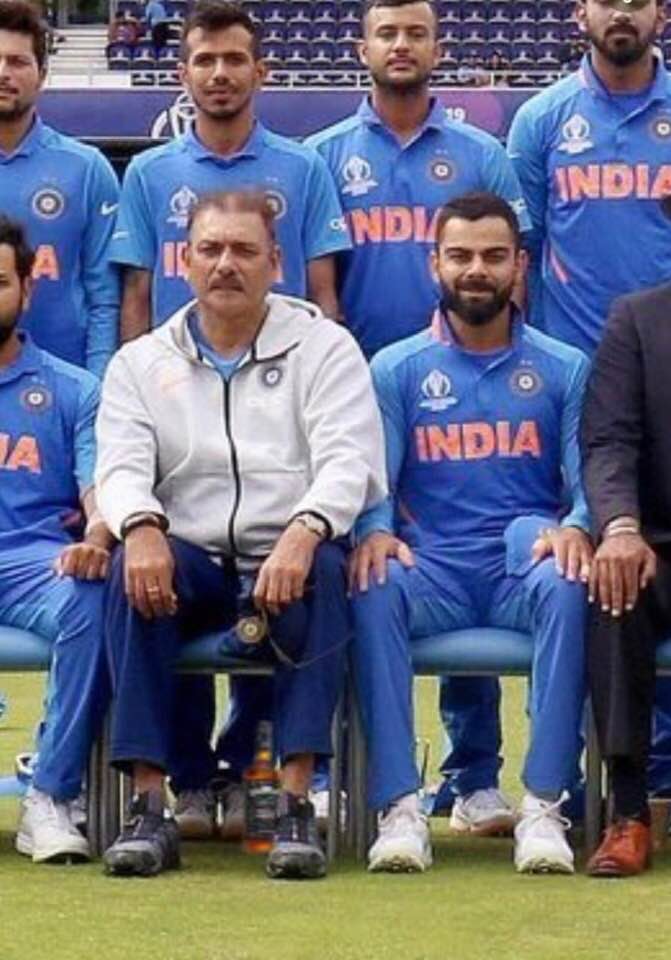 ALSO READ: Fact Check: This is what she actually wrote on the placard

The caption with the picture read: “Look at the jack Daniel bottle below the chair of Ravi Shastri. What do you say? Such behaviour is not expected from Ravi Shastri. He should be made to explain what was the hurry to drink the whiskey in the field itself that he couldn’t wait to go to his room.”

@KirenRijiju
Sir pls enlarge the picture and then u will find the bottle of wine below ravi shastri chair, now does the ministry of sports will ask for explanation from coach or we will let them off as officialy BCCI doesn’t comes under you

When NewsMobile fact-checked the viral picture, we found it to be FAKE.

On putting the above picture through Reverse Image Search, we found the original picture on BCCI’s verified Twitter handle in which there is no bottle under Shastri’s chair. 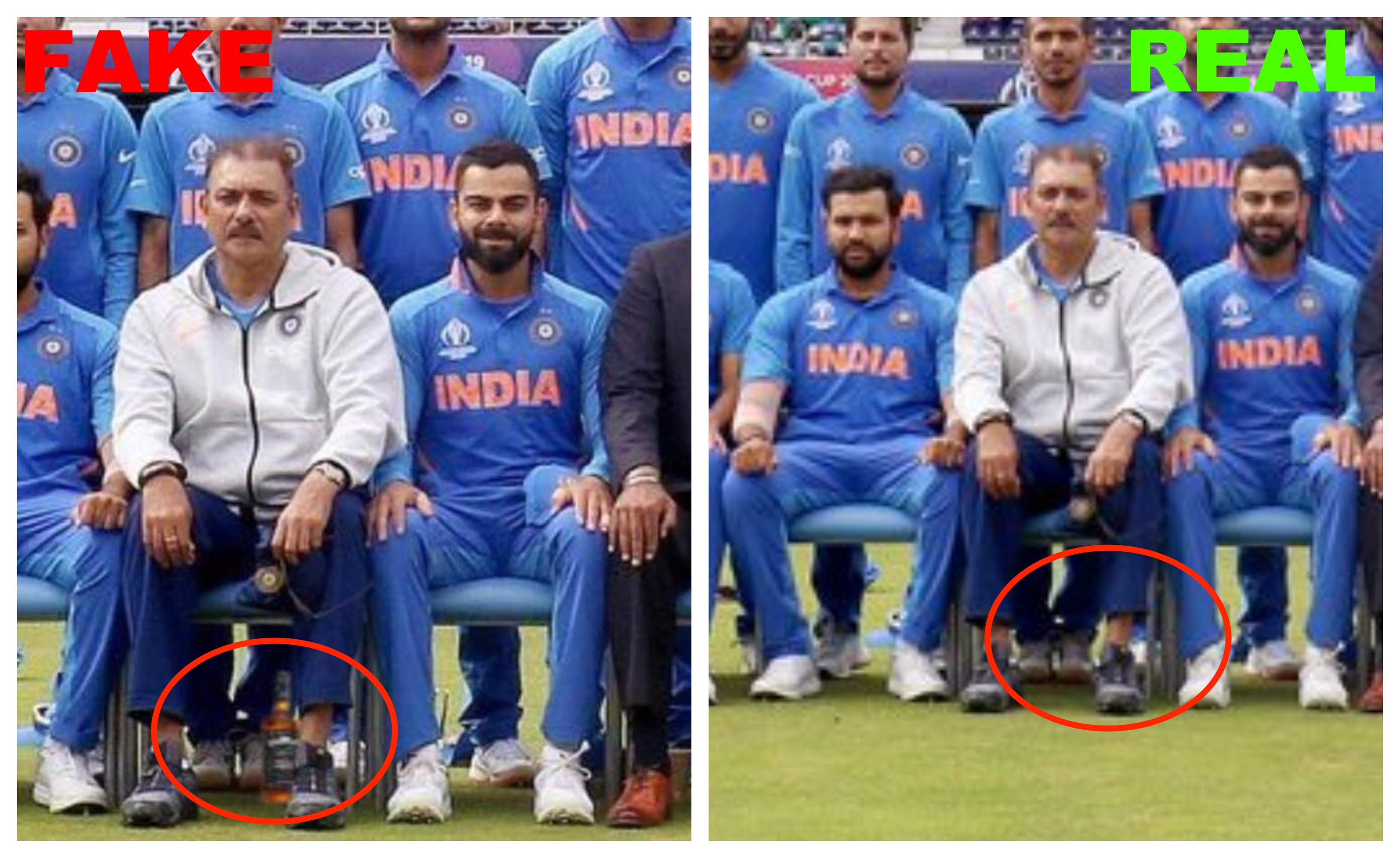 In the above FAKE vs REAL collage, it is clear that the bottle of alcohol is placed using photoshop software.