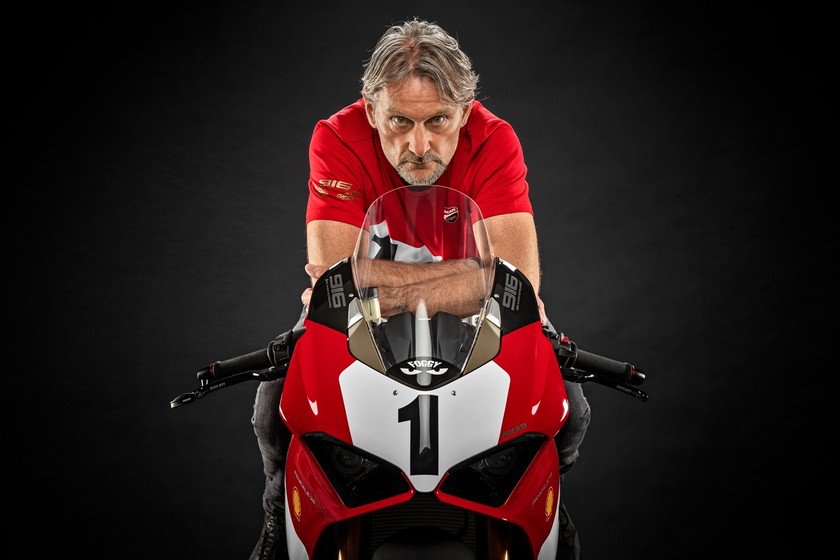 Ducati will celebrate the 25th anniversary of the Ducati 916 with a limited-edition Panigale V4.

According to reports, Aruba Racing Ducati team riders Alvaro Bautista and Chaz Davies will compete on bikes at this weekend’s race on bikes with special livery inspired by the Panigale V4 25 Anniversario 916. Four times world champion Carl Fogarty will attend this weekend’s World Superbike round, and the unveiling of the Panigale V4 25 Anniversario 916.

Designed by legendary motorcycle designer Massimo Tamburini, Ducati won four World Championships with the 916 in 1994,’95 and ’96, and again in 1998, with Carl Fogarty winning three of those titles and the fourth one by Troy Corser. Ducati won the Manufacturer’s Championship in those years.