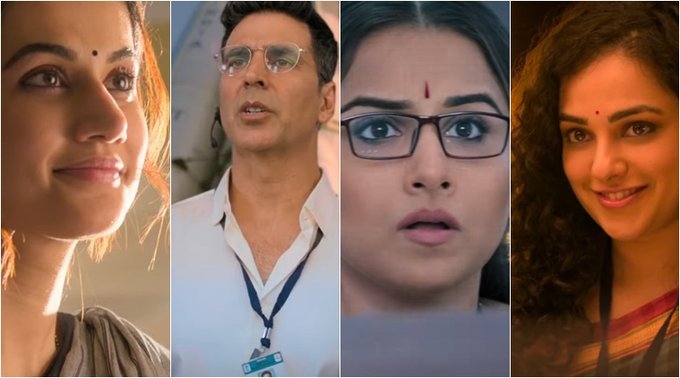 In the forty-five second teaser, we get the glimpses of all the actors who are all set to launch the ‘Mangalyaan’. Akshay who essays the role of a scientist Rakesh Dhawan is seen initiating the command for the launch of the spaceship. Vidya Balan is seen giving instructions to start further procedures. later in between the countdown of the launch, we get to see a sight of all the other cast in their roles.

Have a look at the amazing teaser which will surely give you goosebumps and increase the curiosity level to know more about the mission.

The 51-year-old-actor, in a tweet, revealed that he did Mission Mangal “specially for my daughter and children her age to familiarise them with the incredible true story of India’s mission to Mars”.

#MissionMangal , a film which I hope will inspire as much as entertain. A film which I’ve done specially for my daughter and children her age to familiarise them with the incredible true story of India’s mission to Mars! @FoxStarHindi #HopePictures #JaganShakti @isro pic.twitter.com/yMwkCPr2KR

In a statement shared on Twitter, he wrote, “For several years, Hollywood made movies and TV shows like Star Trek, Star Wars, Gravity etc. This inspired an entire generation of inventors, scientists and explorers. I have always wanted to be part of one such movie… A movie that inspires our future generations… One that celebrates imagination and curiosity.”

“Mission Mangal is that film for me… A film that I hope, will inspire as much as it will entertain. Based on the incredible true story of India’s mission to Mars, Mission Mangal is a film about ordinary people achieving the extraordinary… A story that proves that creativity, ideas and dreams have no limit… just like the sky! This Independence Day, the sky is not the limit,” he added.

Directed by Jagan Shakti, the film will hit the screens on August 15 and will clash with Prabhas and Shraddha Kapoor’s Saaho and John Abraham and Mrunal Thakur’s Batla House.