Home Sports Men In Blue all set to take on Black Caps: Here’s a... 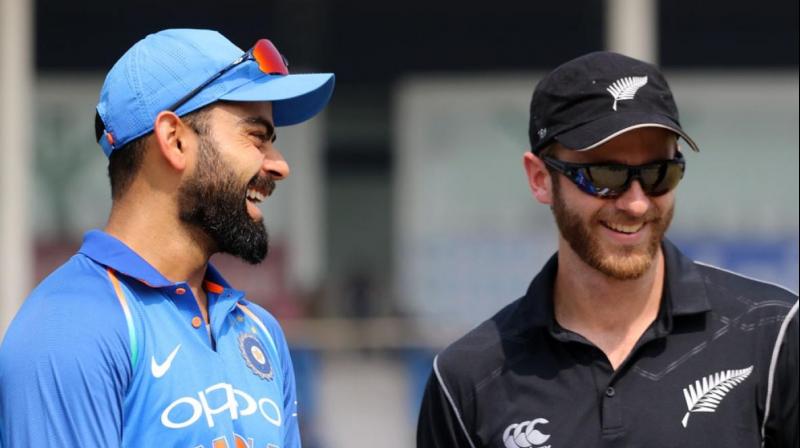 In March 2008, Virat Kohli struck to fame overnight when he led his side to Under 19 World Cup victory. In the semi-final, India defeated New Zealand in the final. New Zealand was led by Kane Williamson.

11 years 4 ½ months down the line, life has come full circle for Kohli and Williamson. They are again leading there side in ICC World Cup semi-final clash, the difference is that this time it is no U-19 tournament and Kohli and Williamson are no teenagers but they are the world’s leading batsmen and skippers. 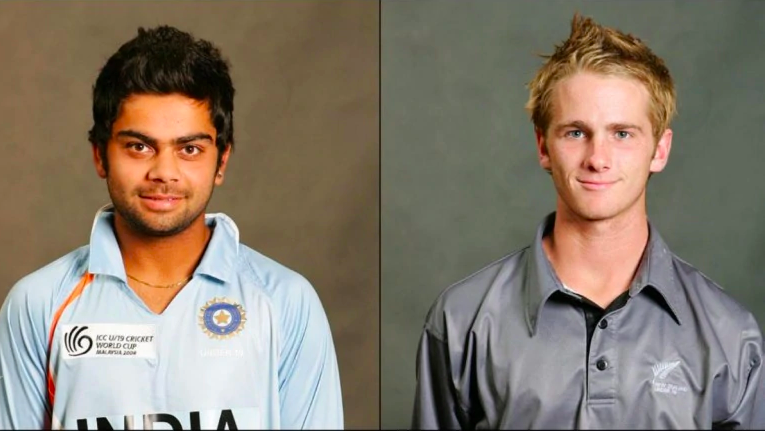 Kohli must have been working over his blueprint for a semi-final clash with host England, but it is South Africa who gave this unexpected twist in the tale when against the run of play, proteas defeated Australia on 6th July and now India is set to play New Zealand as a table-topper.

Indians must to happy on this development as in current form England seems to a much formidable opposition to face.

Both India and New Zealand started their campaign in this World Cup in style and both remained unbeaten till halfway mark of the league stage. Ind-NZ match washed out. After the half-way mark, New Zealand lost the plot. It all started with a match against West Indies on June 22nd. Although New Zealand won the match by a narrow margin of 5 runs, but black caps struggled and somehow escaped the Brathwaite scare. After that kiwis plummeted and lost their last three league matches against Pakistan, Australia and England.

India had its low moments too against Afganistan and England but they recovered well and finished the league stage in style with victories over Bangladesh and Sri Lanka.

Men in blue look formidable but Kohli and Shastri have their set of problems as well.  So where does thing stand? Let’s try and find out by a SWOT analysis

The side has two finest ODI batsmen of the current era Rohit Sharma & Virat Kohli. With a little scope of doubt, this perhaps is the greatest Indian ODI bowling attack ever. 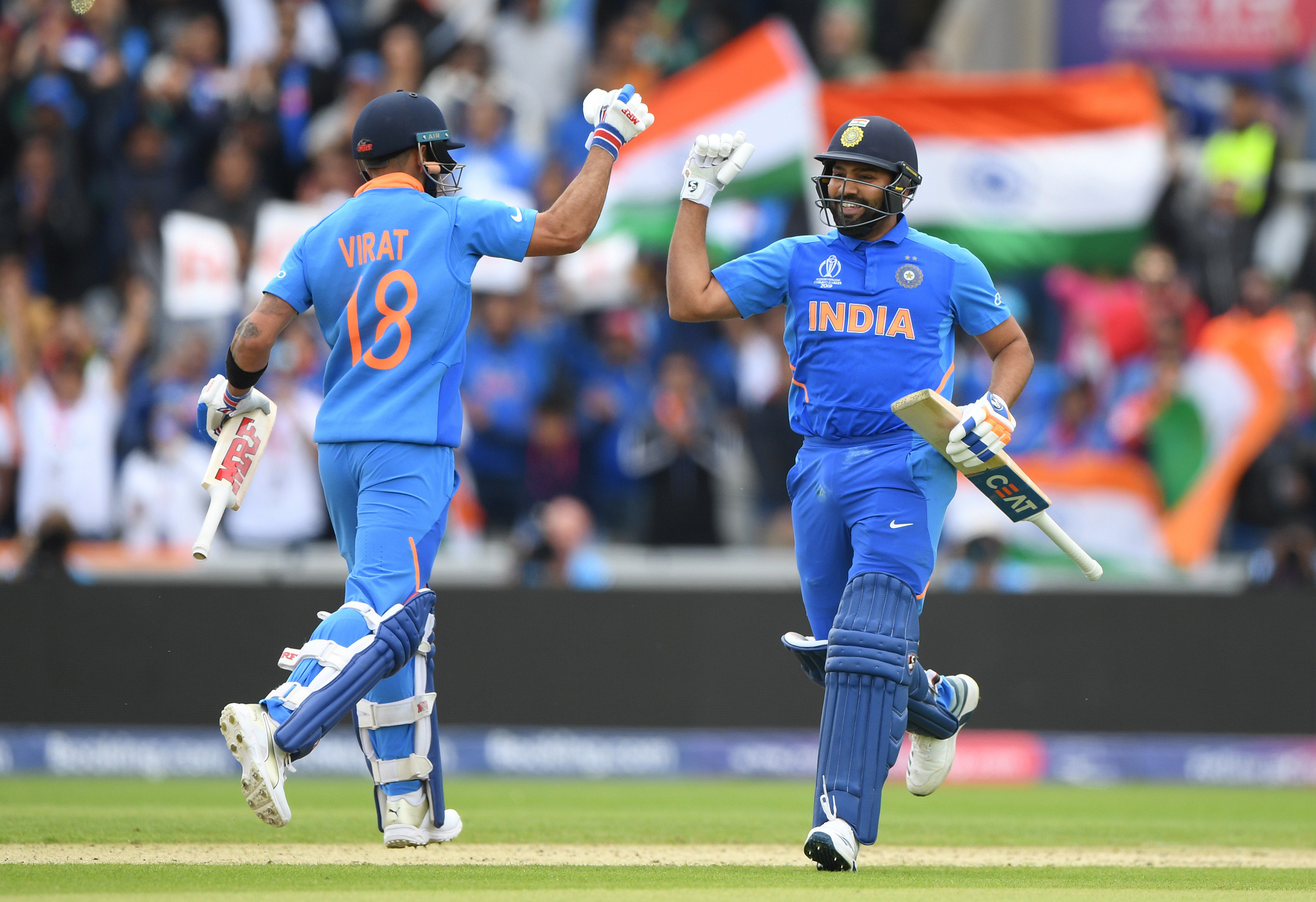 Bumrah is consistently hitting the right spot with a consistent pace. He undoubtedly is the most economical bowler in this World Cup. 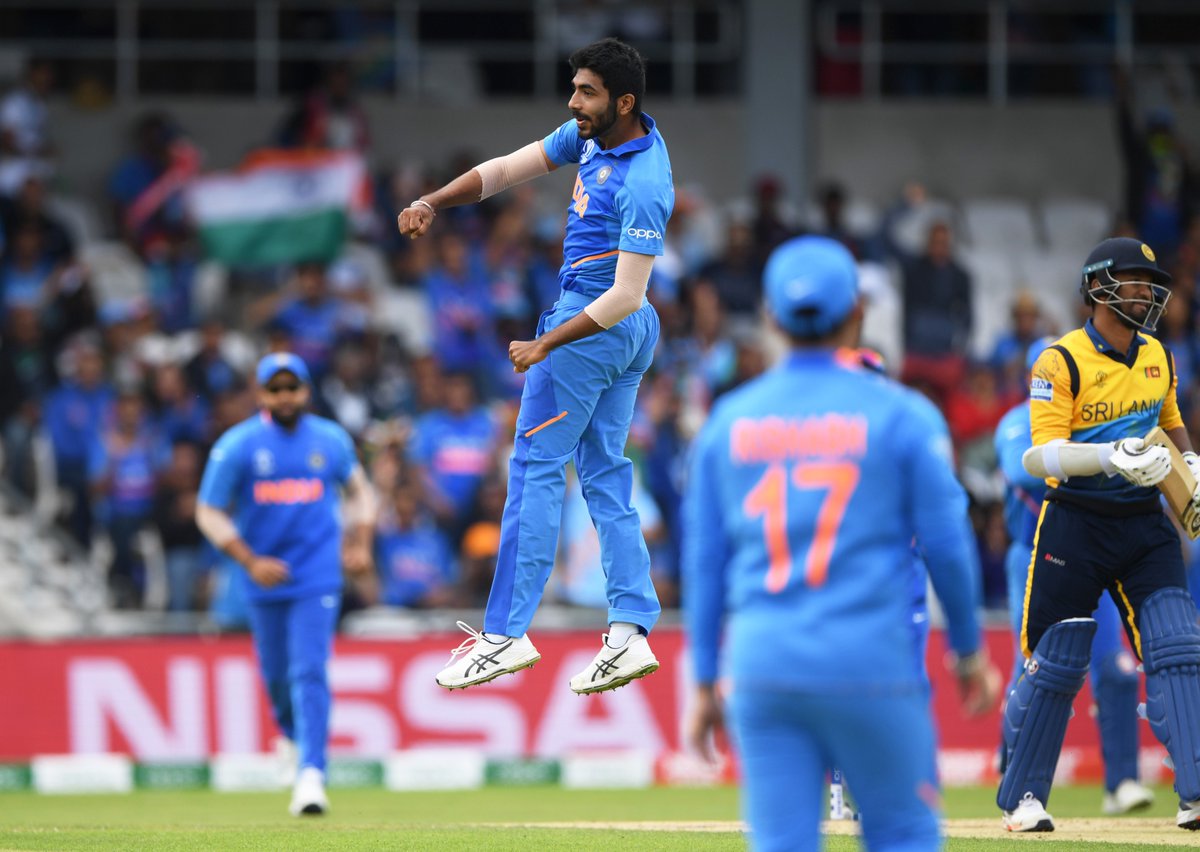 Wrist spinners duo Yuzi-Kuldeep had few off-colour matches but they are capable to contain runs and take wickets in the middle order. Shami has proved that he has genuine wicket-taking deliveries in his arsenal. Kohli’s captaincy has been aggressive and spot on. Last but by no means least – Hardik Pandya, who has evolved amazingly. From someone who can bowl few overs and play a cameo with the bat in last overs, Pandya has shaped up into genuine allrounder. He has the ability to find a way in any given condition to bowl his quota of 10 overs with a decent economy rate with 1-2 wickets. He has shown tremendous improvement in batting as well.

But the checklist does not have all the boxes marked. Eight matches gone, and the team is still not able to find the perfect playing eleven (unlike 2003 and 2011).  Ages old number four problem still persists and regular injuries have made things worst. Apart from that, Kohli and team management are still searching for many answers – Bhuvi or Shami, the question of the 6th bowler as Jadhav has been dropped, taking or leaving Jadeja and Pant or DK?  Another weakness is a long batting tail of India. Barring Bumrah, no other bowlers have been very effective in the death overs.

India has a chance to endorse their tag of best ODI team in the world. Watch out for Kohli in the semi as Kohli is due for a mega inning in this World Cup, and so is young Rishab Pant who has already played in three matches. 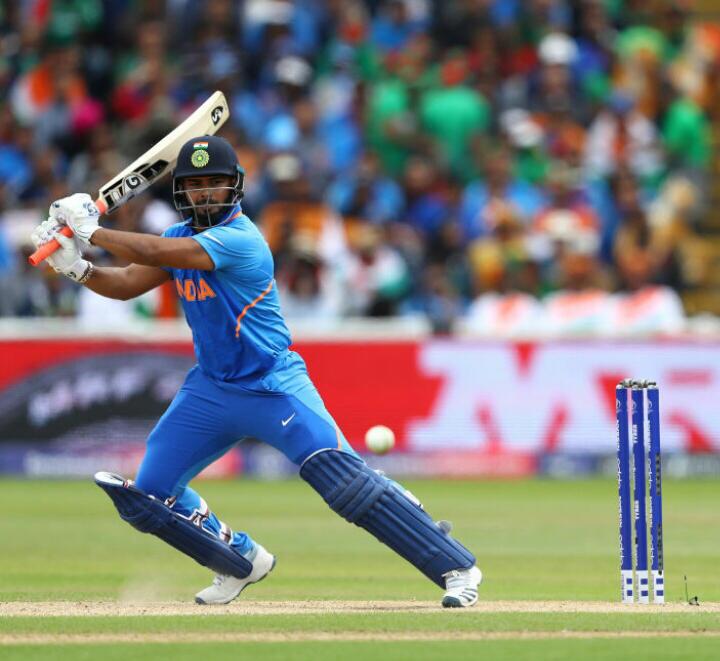 Micheal Clark recently said that greatness has no age; he was referring to MS Dhoni.  Dhoni has been receiving flacks for his slow batting and lack on intent but don’t forget that he is a big stage performer. You up the ante and Dhoni will deliver. Remember his knock in 2011 WC final, despite his ordinary show with the bat in matches before that. KL Rahul has rediscovered his form, which to an extent has compensated Dhawan’s loss.

Kiwi has one of the best opening bowling pair who can be lethal in conducive condition. India’s first four batsmen (Rohit and Kohli is part of it) needs to negotiate the first 10-12 overs carefully. A couple of quick wickets can inflict irreparable damage. Kane Williamson is in sublime touch. Most importantly New Zealand has a knack to kill giants in ICC WC knock-outs. In 2011 and 2015 they defeated a very strong South African side in quarter-final and semi-final.

Above notwithstanding, in Cricket, every game is a new game and a new day.  The team who plays better on a given day wins the game. Indians are favourite but men in blue should keep complacency at the bay.  In the end, let’s fasten your seatbelt for a livewire on 9th July 2019, hunting Kiwis won’t an easy task for men in blue, but they should do that.

(The author is NewsMobile i-Journo)