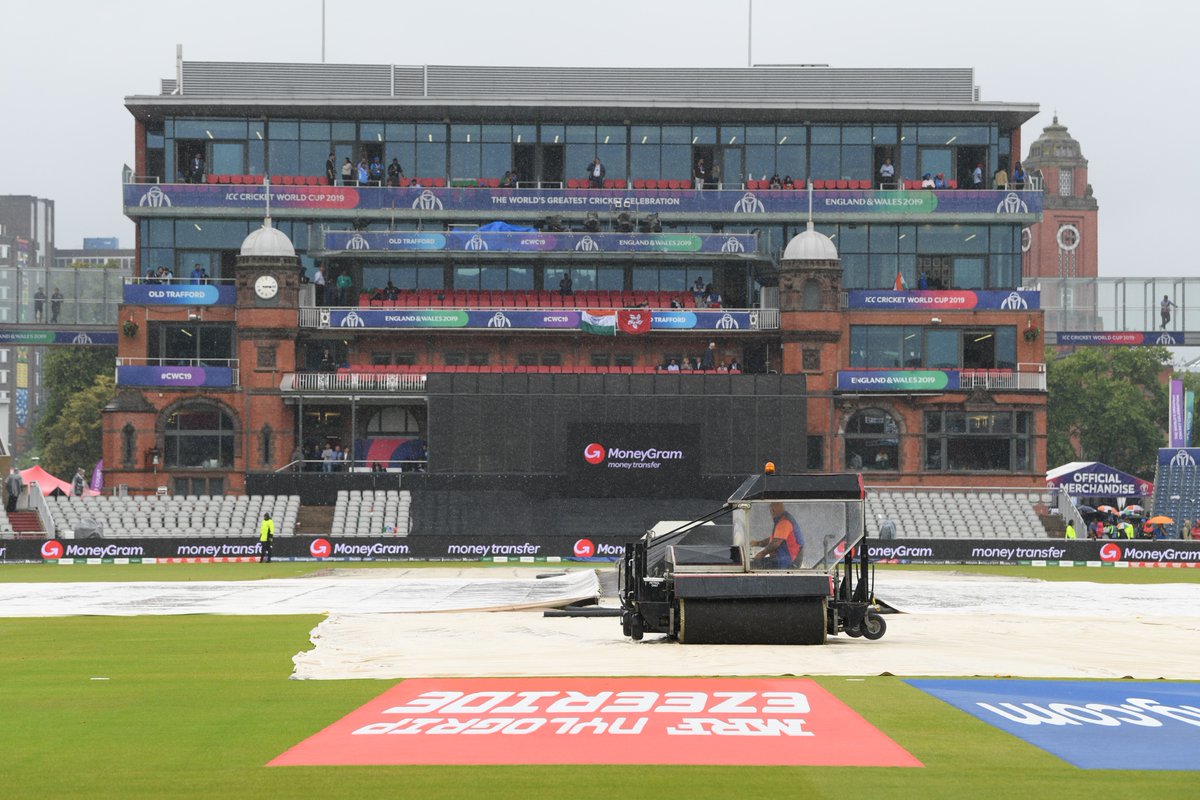 The ICC World Cup semi-final match between New Zealand and India has been called off due to rains at Machester, Old Trafford on Tuesday.

Now the match will be played on Wednesday at 3 pm IST, which is the ‘reserve day’.

But if the match is washed out on the reserve day too then India will automatically qualify for the finals courtesy of accumulating the higher number of points in the group stages.

On the other hand, the weather forecast for Wednesday does not look very promising. “Skies will often be cloudy through Wednesday, with further heavy showers at times. Some brighter interludes are possible between the showers though,” according to reports.