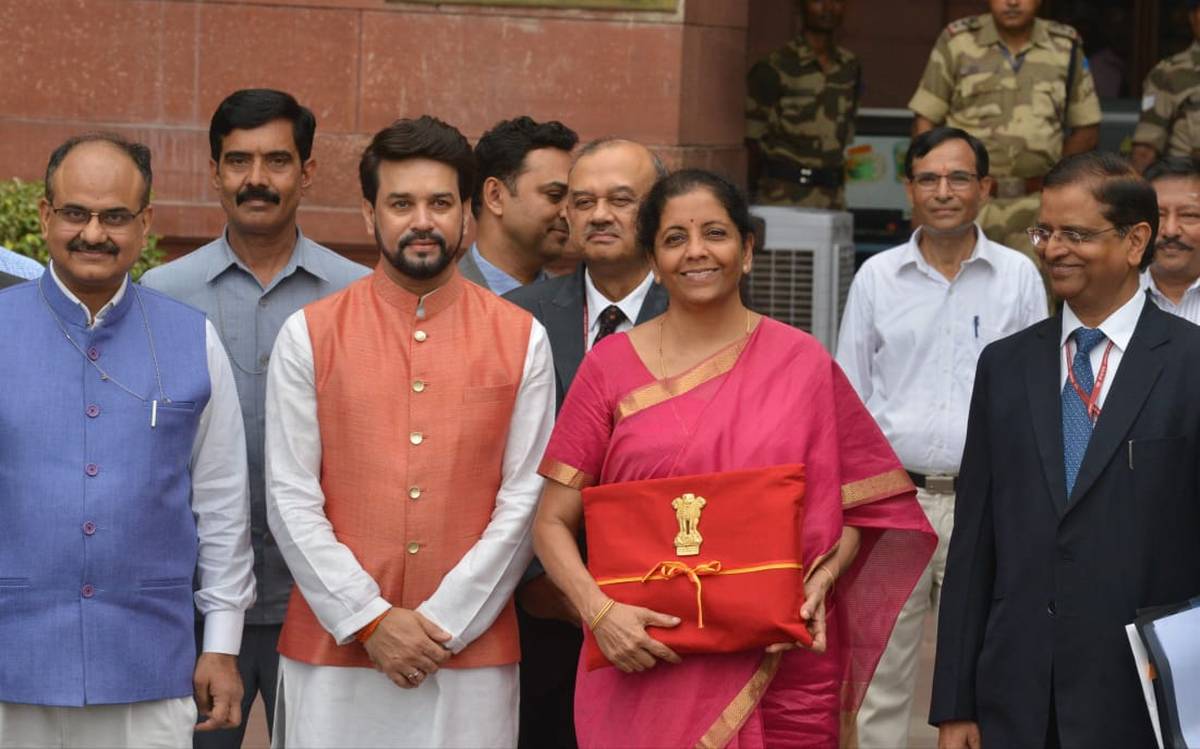 She ditched a colonial-era tradition of carrying Budget papers in a briefcase, instead brought a red coloured ‘bahi-khata’. When asked about the move, she explained that she thought it was “high time to move on from the British hangover.” Plus, it was easier to carry, she grinned.

Nirmala Sitharaman had also tweaked another tradition before the Budget Session. During the ‘halwa ceremony’ – a custom for finance ministers and officials — she untied the red ribbon instead of cutting it; officials said she believed cutting a ribbon is not considered auspicious.

By definition, the Budget is linked to a ‘leather bag’. The word ‘Budget’ originates from the French ‘bougette’ or leather bag.

The ‘budget case’ tradition started in the 18th century, when the Chancellor of the Exchequer or Britain’s budget chief was asked to ‘open the budget’ while presenting his annual statement.

In 1860, then British budget chief William E. Gladstone, carried his papers in a red suitcase with the Queen’s monogram in gold. He went on to become prime minister. The same bag was used by several governments.

Down the years, India’s finance ministers have carried briefcases that were red, black, tan or brown.

A past Finance Minister in the 1950s, TT Krishnamachari, carried something that looked like a file bag. Jawaharlal Nehru carried a black briefcase.

Earlier this year, then Finance Minister Piyush Goyal had carried a red briefcase before presenting the Interim Budget.