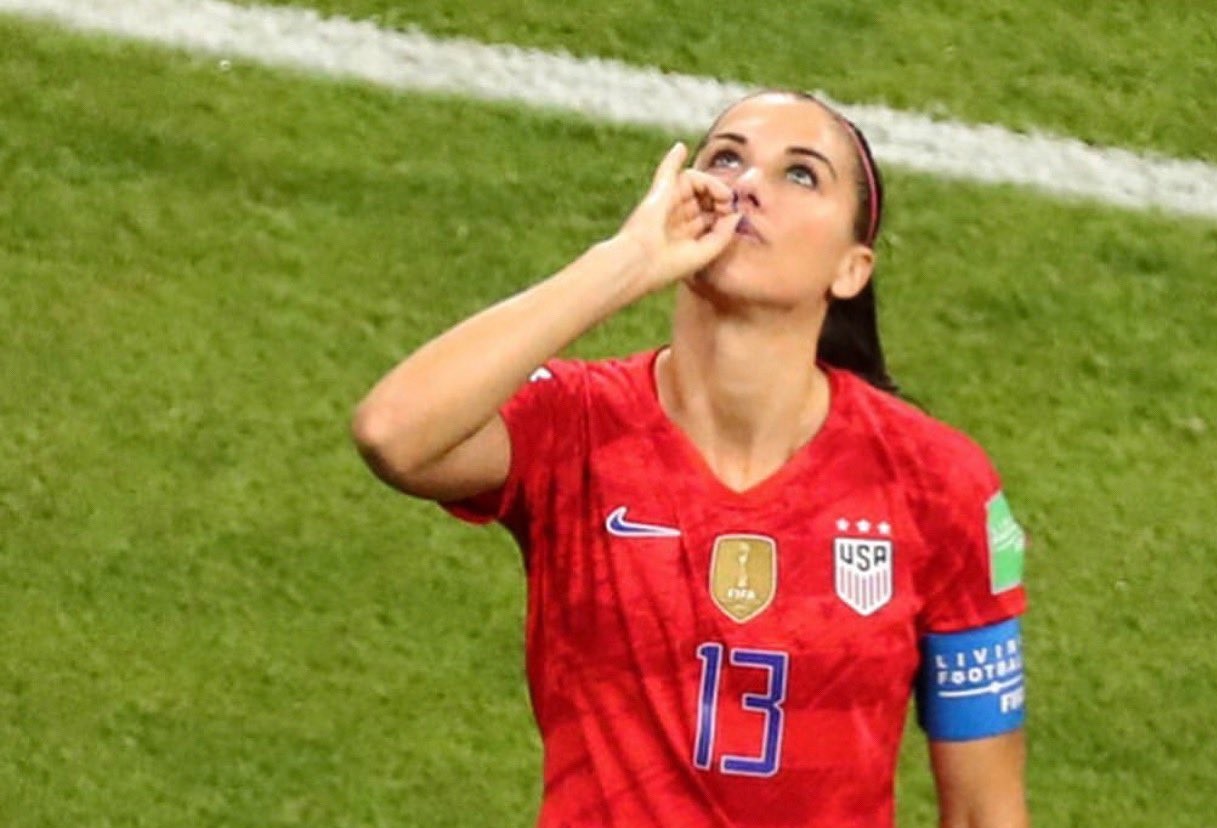 After winning the semi-final match against England 2-1 in the FIFA Women’s World Cup, USA striker Alex Morgan played down the criticism over her tea-drinking celebration when the team scored the second goal in the match.

Morgan, who registered the second goal for the team in the 31st minute, marked celebration by pretending to drink a cup of tea, an action that received severe criticism on social media.

“I wanted to keep it interesting. I know Megan Rapinoe has the best celebrations so I had to try to step up this game,” Goal.com quoted Morgan as saying.

Tea is known as a traditional British beverage and Morgan’s action is being criticised as it came during the week of July 4, which is known as the U.S.’s Independence Day. The USA got independence from British rule in 1776. In the USA’s Independence, Boston Tea Party holds a major role as Americans dumped an entire shipment of tea into the sea sent by the East India Company.

Morgan registered her sixth goal in the tournament becoming the front-running contender for the golden boot.

The USA’s World Cup campaign has been marked by controversies. Megan Rapinoe has had a public feud with Donald Trump as she gave a statement that she fights for things, the Trump government does not fight for.

Rapinoe is an LGBTQ activist in the USA. The team’s celebrations against Thailand also sparked controversy.

England’s coach Phil Neville protested against the US staff for scouting out England’s team hotel.

Morgan said that the noise around the team does not affect the side.

“We have a lot of noise around this team and it doesn’t affect this team, and so I think we’re just drinking the tea,” Morgan said.

“This team has had so much thrown at us and I feel like we didn’t take the easy route to the final this tournament. And that’s the tea,” she added.

The USA will take on the winner of the Netherlands-Sweden match in the finals of the tournament.