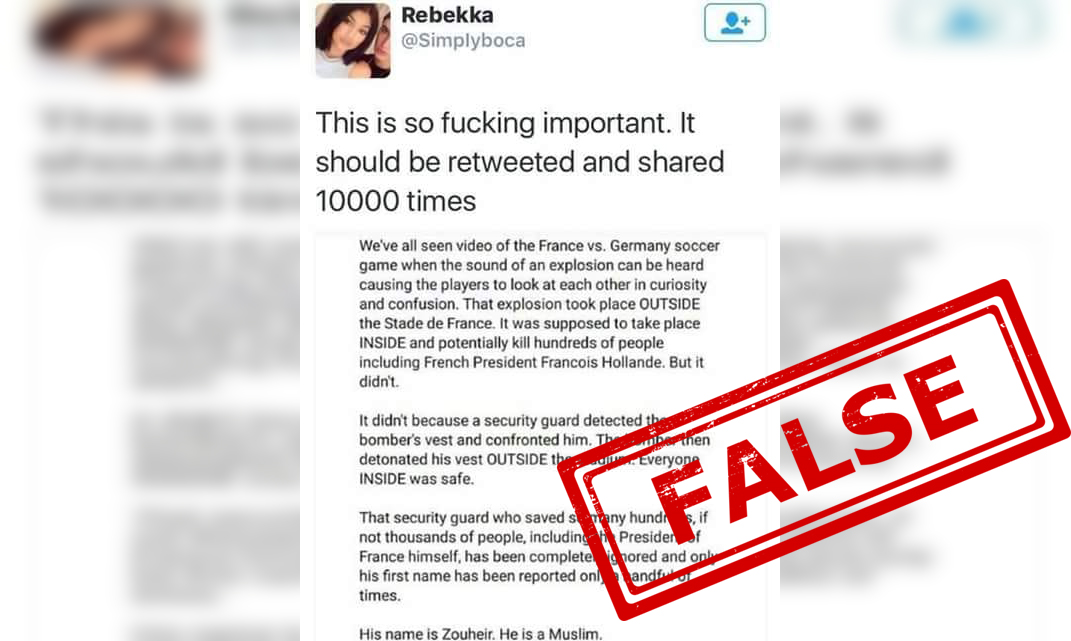 A post has resurfaced on social media regarding the Paris blast claiming that a Muslim names Zouheir saved the people.

The post states that a Muslim security guard, Zouheir, detected the explosive vest on the suicide bomber and blocked them from entering the stadium.

When we fact-checked the Post, we found it to be misleading.

On 13 November 2015, a series of attack took place in Paris. Three groups of men launched six distinct attacks: three suicide bombings in one attack, a fourth suicide bombing in another attack, and shootings at four locations in four separate attacks.

The first attack took place outside the Stade de France in Saint-Denis, during a football match.

Following the attacks, the post about the guard started doing rounds.

When we ran a Google search using the keywords ‘ Paris’, ‘ Zouheir’, we found an article on BCC dated 17 November 2015.

However, later he posted another tweet with a correction.

Correction: he was was stationed by the players’ tunnel, later briefed on the details by his colleagues https://t.co/563k5ZQuHc

Omran clarified that Zouheir was briefed by his colleague on the incident and did not single-handedly stop the attackers. Also, the religion of Zouheir was never mentioned by the reporter.

This proves that the viral post is not True.