Home Cityscape A woman’s dead body found in a gap between two towers in...
ShareTweetGoogleWhatsappPrint
Mail

In a shocking incident that came to the forefront in Noida, the body of a 19-year-old domestic help, who went missing last Friday, has been found.
The body was found stuck between two towers, near the 12th floor, as the gap between the two towers isn’t much, just about a one-foot gap. The incident happened at Amrapali Silicon City in Noida Sector 76. 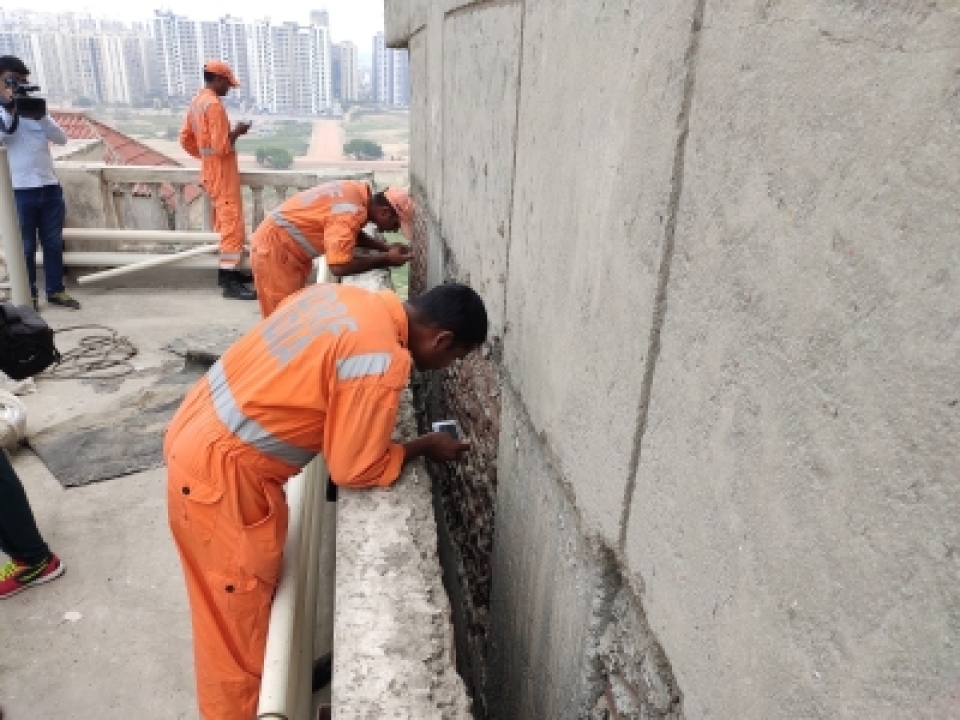 The security of the condominium was alerted after a strong stench was reported by some residents.
A security guard found the body stuck between Tower C and Tower B at the 12th floor level. There are 16 floors in tower C and 18 in tower D. The society’s security head found the body of the woman on a slab between the two towers. He then informed police.

It took the police several hours and help from the National Disaster Response Force (NDRF) to finally bring the body down.
After that, a certain Jai Prakash, resident of Tower D on the 18th floor, identified the woman as his help Sonamuni, from Katihar in Bihar.
The body has bene sent for an autopsy to rule out any foul play.

Ajay Kumar Agarwal, SHO, Sector 49 police station, said, “Her employer, an interior designer, said the woman went missing on June 28. He had informed her family in Bihar. The family members said they would be visiting Noida soon so a police complaint was not filed,” he said.

Vimal Kumar, circle officer Noida 3, said, “It is not clear if she slipped into the gap or whether there was some foul play. We are waiting for the postmortem report.”