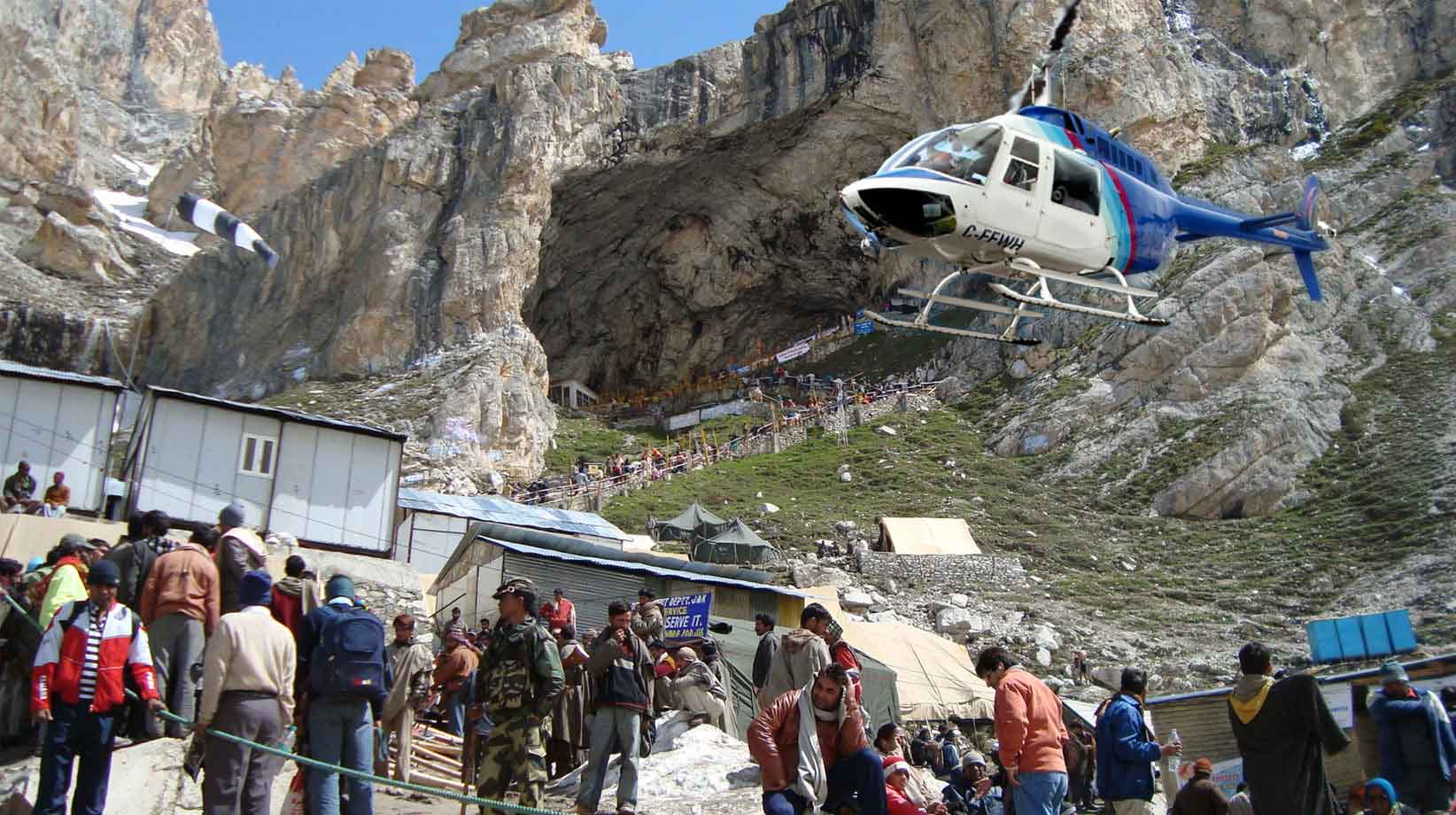 It is considered to be one of the holiest shrines in Hinduism as hundreds of thousands Hindu devotees make an annual pilgrimage to the Amarnath cave across challenging mountainous terrain during Shravani Mela, which starts from July and continues till August.

The Yatra takes place from the traditional 36-km Pahalgam track in Anantnag district and 14-km Baltal route in Ganderbal district.The holy cave remains open during this period and it attracts lakhs of pilgrims every year. 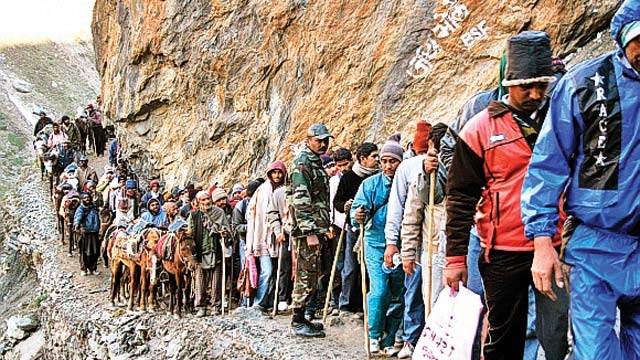 Amid tight security, the Amarnath yatra was flagged off by SSP Ganderbal Khalil Poswal and Gandetbal Additional Deputy Commissioner Shafaqat from Baltal.

ALSO READ: Here is a list of mysterious underwater ruins that you didn’t know about

Jammu and Kashmir Governor Satyapal Malik’s advisor K K Sharma flagged off the first batch of devotees for Amarnath Yatra after performing puja at the Jammu base camp on Sunday.

Speaking to media, the Governor said, that the government has made all arrangements, including adequate security, for the yatra. “On behalf of the government, we went to Pahalgam and Baltal yesterday, all arrangements for the well-being of the devotees have been made all through the route between Jammu and Srinagar,” Sharma had said.

The pilgrims were welcomed by the district administration and locals at Tikri in Udhampur.

Governor Malik has given credit to local Muslims for conducting a peaceful yatra for the many past years. He said: “We are making arrangements for security of the Amarnath Yatra but this yatra is not conducted by Army or Police. For many years it’s being conducted by people of Kashmir, especially our Muslim brothers. It is conducted with their support.

Over 1 lakh pilgrims have registered for it. The pilgrimage, which will conclude on August 15, will be overlooked by 40,000 armed CRPF and state police personnel.

The first batch comprised of 4,417 Amarnath pilgrims who left a base camp on Monday for the 3,880-metre-high cave shrine in south Kashmir over 46-day long pilgrimage, which takes place from the 36-km Pahalgam track in Jammu and Kashmir’s Anantnag district and 14-km Baltal route in Ganderbal district.

The second batch comprising 4,417 pilgrims — including 3,543 males, 843 females and 31 children — left in a fleet of 142 vehicles from Bhagwati Nagar base camp here for Pahalgam and Baltal For the Pahalgam route, 2,800 pilgrims left the base camp, while 1,617 pilgrims for Baltal left in buses and light motor vehicles, which were escorted by the Central Reserve Police Force (CRPF), officials said.