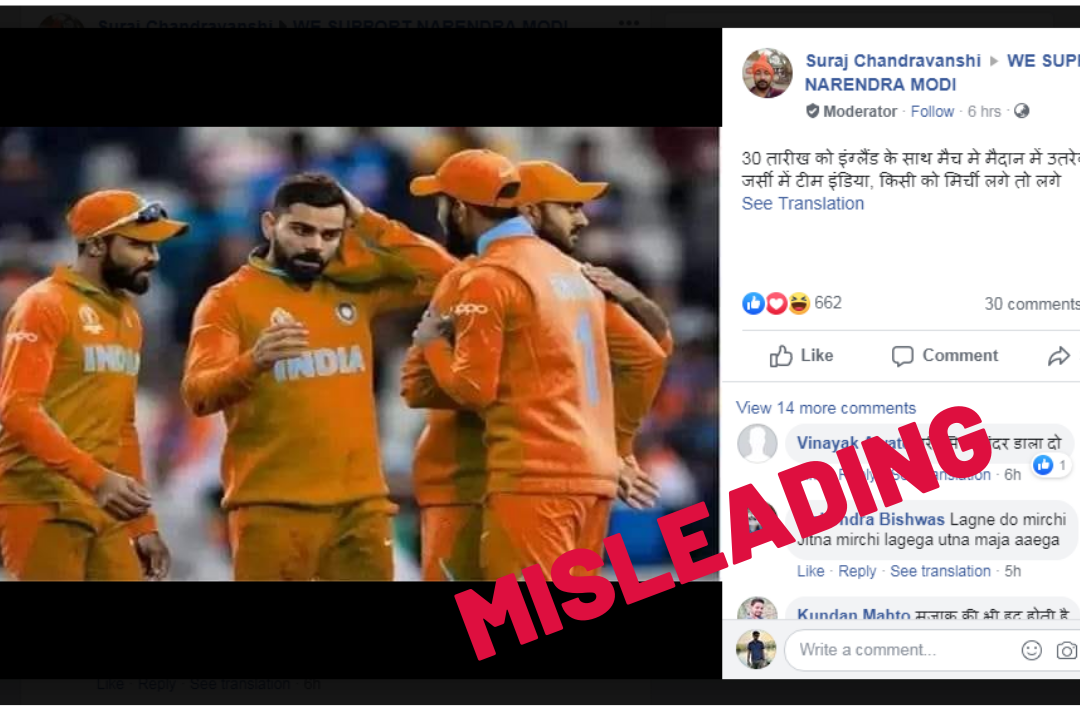 A picture post of Team India in ‘orange jersey’ has surfaced on the internet with a caption attributed to it which says, ”team is going to wear Saffron Jersey on June 30th, in the match with England”.

Translation: ”Team India in saffron jersey, will play the match with England on 30th” 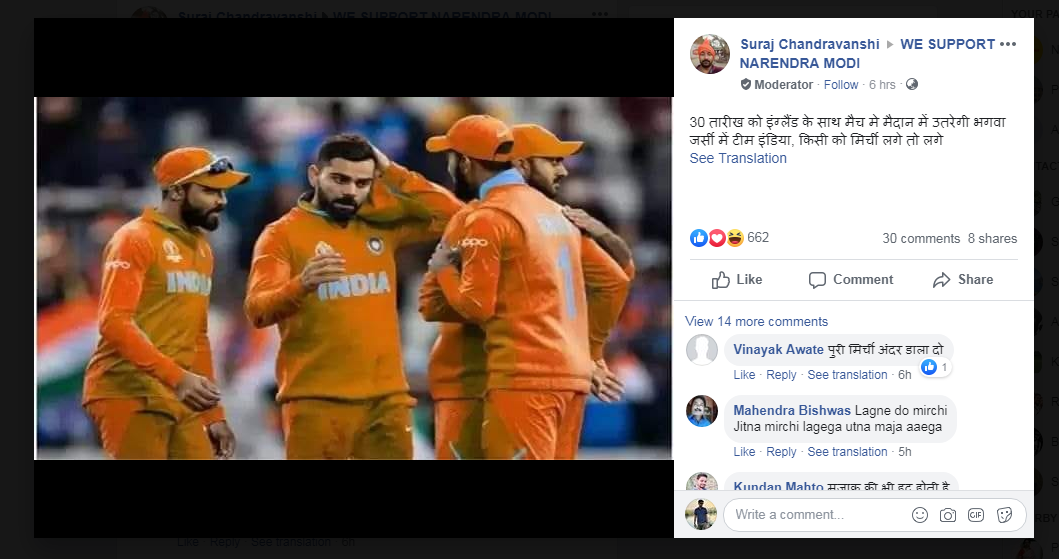 Several similar images of Team India wearing the orange jersey was found on the internet;

Translation: Indian team will play in saffron jersey against Afghanistan on June 22 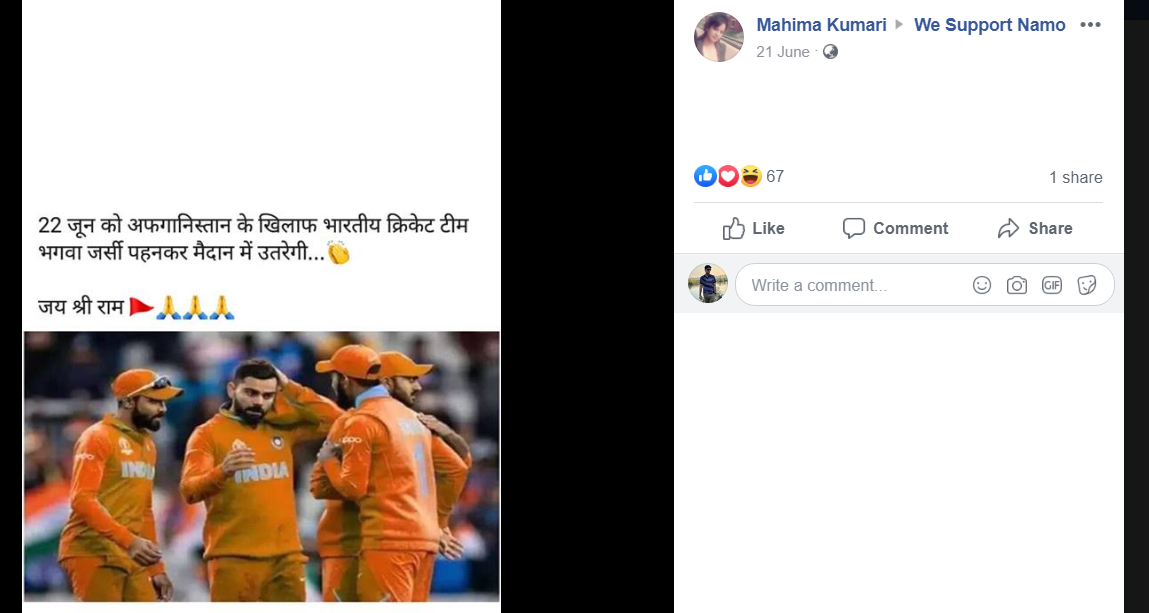 When team at NewsMobile fact-checked, we found the above post to be manipulating and misleading.

Amid row concerning colour of Indian cricket team’s new jersey, India bowling coach Bharat Arun said that their focus is not on the colour.

Team India’s bowling coach, Bharat Arun on being asked about Team India’s alternate jersey, in UK: To be very honest, we aren’t aware what colours we will be wearing, we haven’t given any thought to it. Our focus is on tomorrow’s match. We bleed blue. #CWC19 pic.twitter.com/P4ALbivqhz

“To be very honest we are not aware what colours we are going to be wearing, we haven’t given any thought to that and all our focus is only on the match tomorrow. We are focusing on the game and not aware of the colour we are getting. We bleed blue and blue is going to be predominantly the colour that is it,” Arun said during a pre-match press conference on Wednesday (June 26).

There are no official jersey pictures or statement released by The Board of Control for Cricket in India (BCCI) till now.

EDITOR’S NOTE: At the time of the filing this post, there was no official statement by BCCI or any other cricket official/authority on whether the Indian team will wear the new jersey on 30th or not. Hence, this proves the above post is misleading.