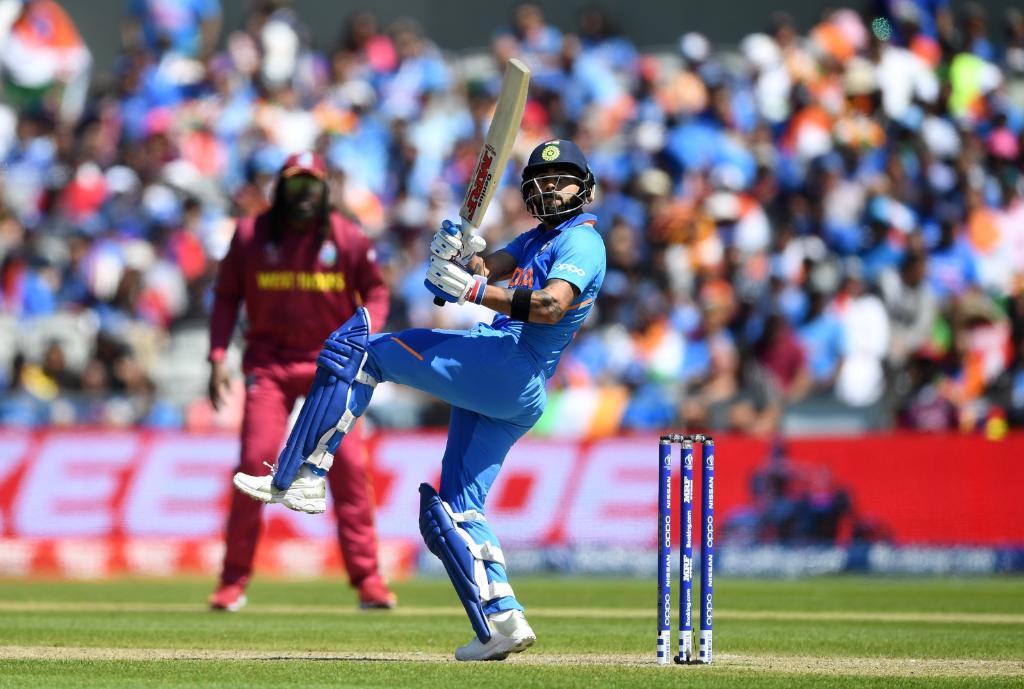 Indian captain Virat Kohli on Thursday became the fastest batsman to complete 20,000 international runs as he touched the milestone in his 417th inning.

Kolhi needed just 37 runs to complete his 20,000 international runs when he came out to bat against West Indies in the ongoing ICC Men’s Cricket World Cup. Kohli smashed a brilliant half-century and consequently became the fastest batsman to score 20,000 runs.