In the 21st century, in a world of privileges and advancements, everything seems achievable. The very act of hard work today may be just as vigorous as it has been down the ages, but the willingness to learn through all kinds of disabilities is what one can gather from the life of the ever mortal Helen Keller. 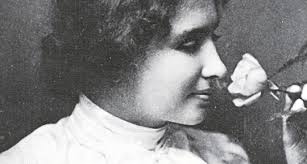 Helen Adams Keller was born in Tuscumbia, Alabama, on June 27, 1880. At the age of 19 months she was stricken with a form of scarlet fever or meningitis, and even though she was cured of the illness, she was left crippled in sight and hearing.

Keller from the age of diagnosis, took it as a struggle to understand and be understood, and the by the age of seven years, she could communicate with her family using 50 different home signs and could recognize people with the vibrations of the footsteps.

A major figure of strength in Keller’s life was her instructor, Anne Sullivan, who herself was visually impaired. It was the beginning of a 49-year-long relationship during which Sullivan evolved into Keller’s governess and eventually her companion. 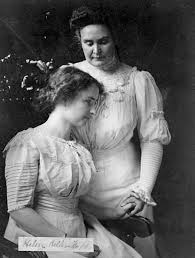 She was formally educated from 1888 after being admitted to the Perkins Institute for the Blind. In 1894, Keller and Anne Sullivan moved to New York to attend the Wright-Humason School for the Deaf, and began learning from Sarah Fuller at the Horace Mann School for the Deaf.

In 1896, Keller entered The Cambridge School for Young Ladies before gaining admittance, in 1900, to Radcliffe College of Harvard University. Most of her education was funded by industrialist Henry Huttleston Rogers and his wife Abbie. In 1904, Helen Keller became the first deaf-blind person to earn a Bachelor’s of Arts degree.

Also Read:Here’s how the brain helps us make good or bad decisions

Apart from her own unending battle for the struggle of survival, she was considered an advocate for people with disabilities, amid numerous other causes.

The deaf-blind community was widely impacted by her. She traveled to 25 different countries giving motivational speeches about deaf people and their unforeseen conditions.
She was a pacifist, radical socialist,suffragette and birth control supporter. In the years 1909 to 1921, Keller was a member of the Socialist Party and actively wrote in support of the working class.
Helen Keller wrote a total of 12 published books and several articles, including her biography- ‘The Story of My Life’. 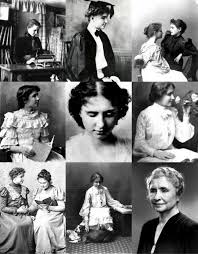 Keller has not only, during the years of her existence, been the driving force and strength for several disabled people, but even after her death she is still a symbol of immense hope and optimism.

In her life of misery, she found a world built of faith and willingness.