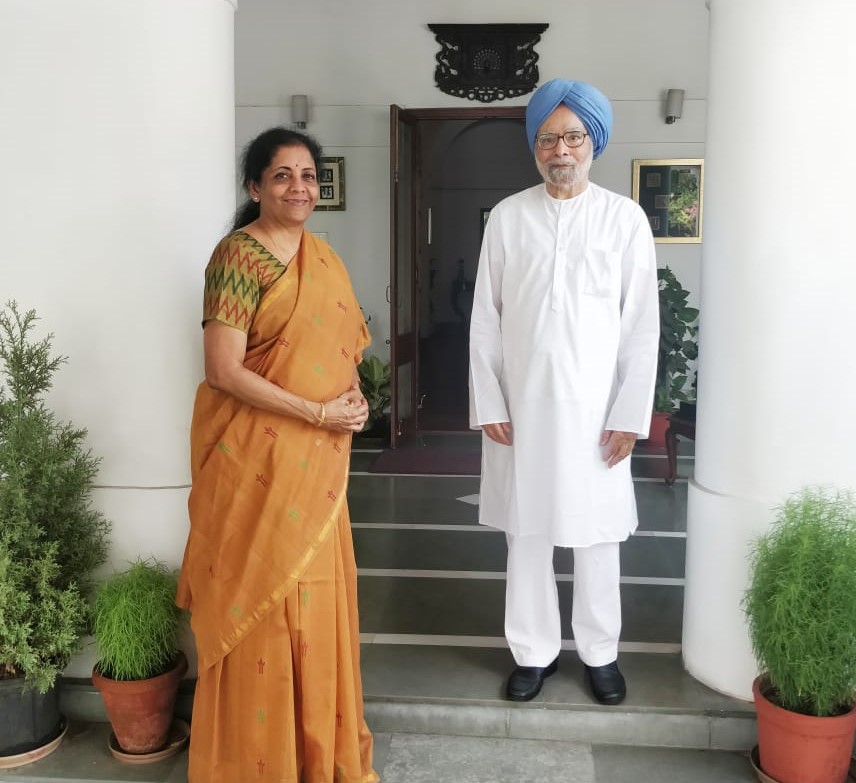 She will present her first budget in the parliament after taking charge as Finance Minister on July 5.

On the other hand, Manmohan Singh, is widely recognised for the economic reforms which he announced in 1991 when he was the finance minister. It is the first time in nearly 30 years that Manmohan Singh is not in parliament during the budget session as his tenure of nearly three decades ended earlier this month.

Sources in the Finance Ministry said Sitharaman’s visit was a courtesy call.

On July 5, the BJP-led National Democratic Alliance (NDA) government will unveil the budget for the financial year ending March 2020.

On February 1, 2019, the previous Modi government had presented an Interim budget for spending till the new government took charge after the general election.