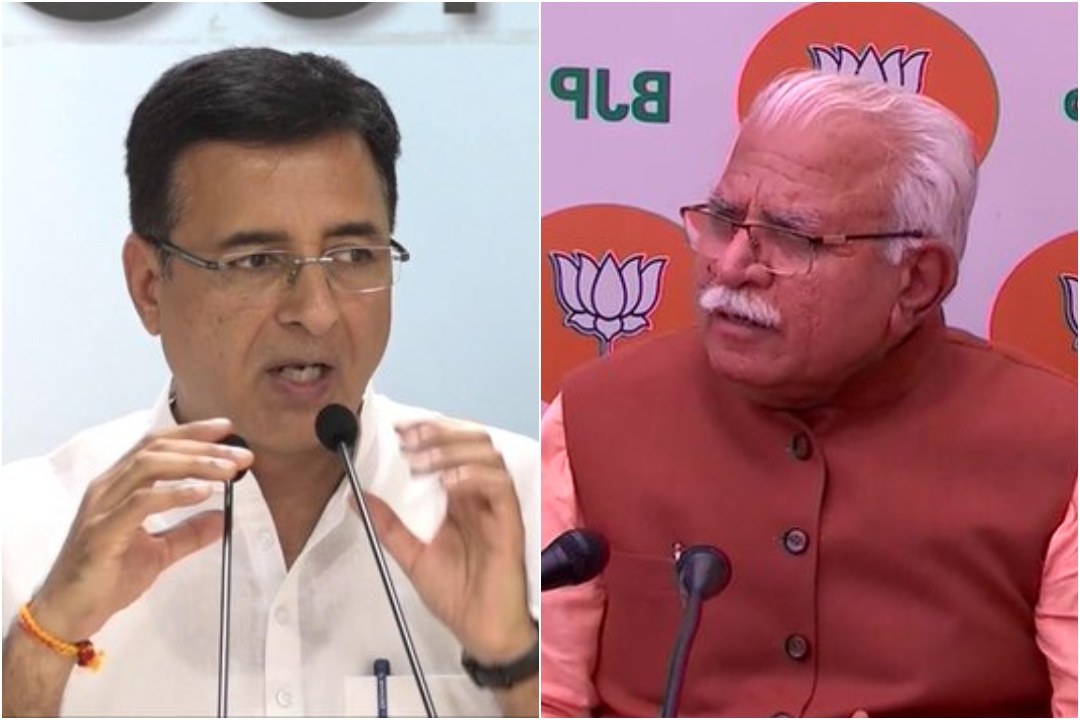 Congress on Thursday hit out at the BJP government in Haryana over rising crimes in the state, demanding the immediate resignation of Chief Minister Manohar Lal Khattar.

“There are three murders, five misdeeds and ten abductions happening every day in Haryana! Chief Minister’s statement on the assassination of Congress spokesperson Vikas Chaudhary is extremely insensitive, irresponsible and the reflection of addiction of power! Chief Minister Khattar should resign instantly,” Congress spokesperson Randeep Surjewala wrote in Hindi on his official Twitter handle.

Surjewala’s tweet comes in response to Khattar’s statement over the murder of Congress spokesperson Vikas Chaudhary in Faridabad where the Chief Minister said he was “not aware” of the murder. Congress president Rahul Gandhi called the incident sad and shameful. “The killing of Haryana Congress leader Vikas Chaudhary is a shameful, condemnable and unfortunate incident. The incident reflects deteriorating law and order situation in Haryana. May God give his family strength in this hour of sorrow and may his soul rest in peace,” he tweeted in Hindi.

Earlier in the day, Surjewala also alleged that Haryana has become a stronghold of hooligans and chaotic elements. “There is a breakdown of law enforcement in the state. It is the utterance of the hooligans and the chaotic elements. The Khattar Government is responsible for this environment. There should be a fair investigation of the murder of Vikas Chaudhary”, he tweeted.

Chaudhary, who was a member of Indian National Lok Dal (INLD), had recently joined Congress as party spokesperson. Chaudhary was shot at in Faridabad today morning and he later succumbed to his injuries.