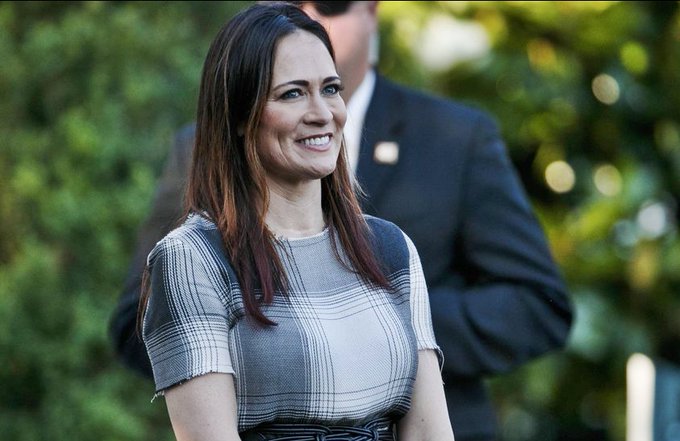 Melania Trump’s chief spokesperson Stephanie Grisham has been named as the next White House Press Secretary and Communications Director, the US first Lady announced on Tuesday.

Taking to her official Twitter handle, Melania said that she and her husband could “think of no better person to serve the Administration & our country.”

I am pleased to announce @StephGrisham45 will be the next @PressSec & Comms Director! She has been with us since 2015 – @potus & I can think of no better person to serve the Administration & our country. Excited to have Stephanie working for both sides of the @WhiteHouse. #BeBest

According to a report by The New York Times, Grisham joined the Trump campaign in 2015 and is one of the last remaining aides from Trump’s campaign still serving in the White House. She will be President Trump’s third press secretary in less than three years.

Grisham will replace Sarah Sanders, who was considered as one of the most trusted aides of Trump. Sanders will step down from the post later this month.