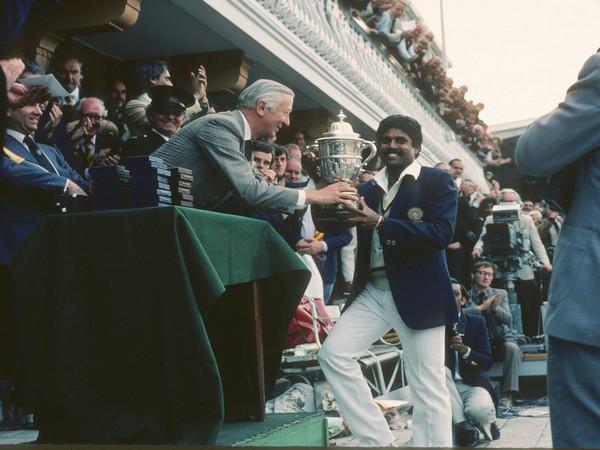 On this day in the year 1983, India lifted their first ever cricket World Cup title, defeating West Indies by 43 runs at Lord’s. It is now 36 years to India’s triumphant in the World Cup.

Board for Control of Cricket in India (BCCI) shared a picture of Kapil Dev receiving the World Cup trophy on Twitter and wrote, “On this day in 1983 – India won the World Cup and held the trophy high at Lord’s – Memories to last a lifetime.”

On this day in 1983 – India won the World Cup and held the trophy high at Lord's – Memories to last a lifetime 🇮🇳🇮🇳🏆🏆 pic.twitter.com/w6b7gg7zAw

India were the regular participant of the World Cup from its beginning to the current edition. The first edition was played in the year 1975 and repeats itself in four years.

In the ongoing edition of World Cup, India is invincible in their four matches so far and will next play against West Indies on June 27.

Presently, Indian team is led by Virat Kohli and playing some tremendous cricket in the ongoing World Cup 2019. The side is ranked third in points table. After beating Afghanistan, India will lock horns with West Indies on June 27 in Old Trafford.