Home Home Slider Mayawati calls off the ‘gathbandhan’ with SP; calls them anti-Dalit

On Monday, Bahujan Samaj Party (BSP) chief Mayawati announced that her party will no longer contest elections in alliance with Akhilesh Yadav-led Samajwadi Party. The ‘Mahagathbandhan’, that was made to counter BJP in the general elections, had a dismal outcome when the final seat winners were announced. SP won 5 seats and BSP got 10 in their kitty. The decision was taken at a meeting of the party officials on Sunday. 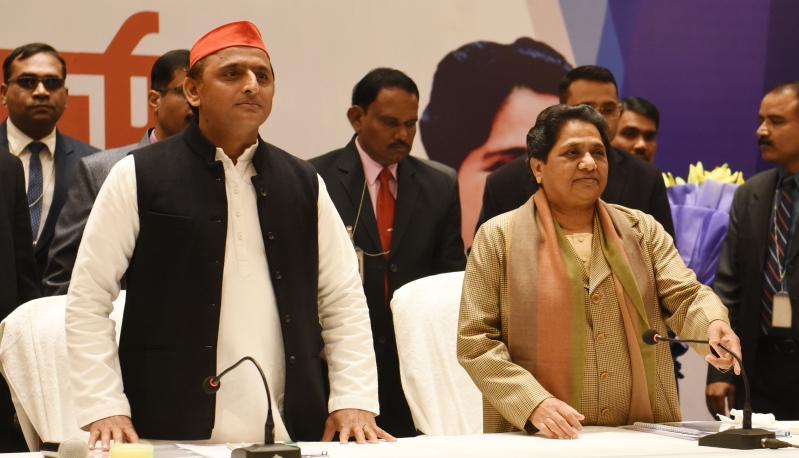 In a series of tweets, BSP supremo said that the BSP fully complied with the ‘coalition dharma’.
She tweeted, “It is well known that BSP moved beyond the differences with SP, and also looked beyond the anti-Dalit decisions that the SP government took in 2012-17 and the deteriorating law and order condition in their regime to fulfil the coalition dharma.”

The meeting was held with senior national as well as state leaders of the party to discuss the future course of action.
According to sources, she is said to have accused SP president Akhilesh Yadav’s party of having committed atrocities against Dalits which she believes hurt the prospects of the mahagathbandhan in the just concluded Lok Sabha election 2019. “Atrocities were committed against Dalits when SP was in power in UP. This also caused a dismal performance in the Lok Sabha election,” she reportedly said on Sunday adding that “Akhilesh had refused to give a lot of tickets to Muslims and SP leaders were working to ensure defeat for BSP leaders.”

The BSP President did not spare Akhilesh and said that she had called him on the counting day but he did not answer her calls. She further added that Akhilesh Yadav called BSP leader Satish Chandra Misra after the party announced its decision to go solo in the Assembly by-elections but did not speak to her.