A screenshot of an article is doing rounds on social media with a claim the CIA has apologised to Osama Bin Laden posthumously after his name was cleared 9/11 Attacks.

The screenshot also had the website name on it. When we ran a Google search, we came across the original post. 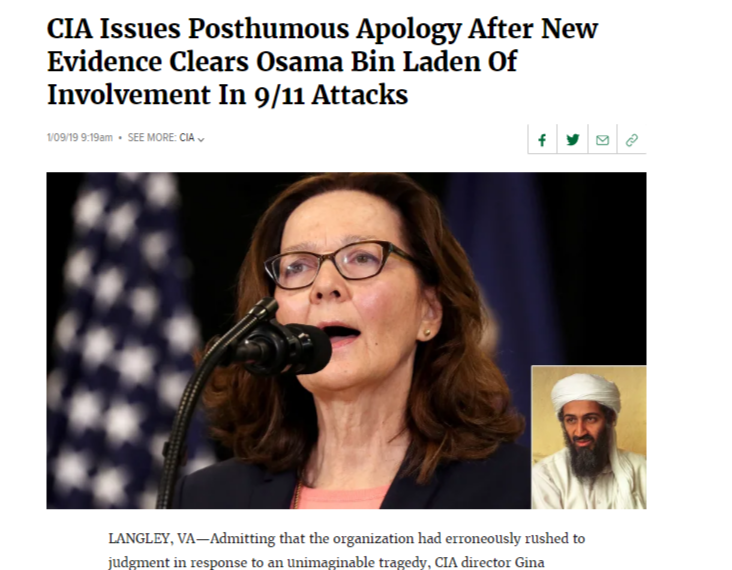 The Onion is an American satirical digital media company and newspaper organization.

The Onion is also featured in CBS News article titled, ‘Don’t get fooled by these fake news sites.’ 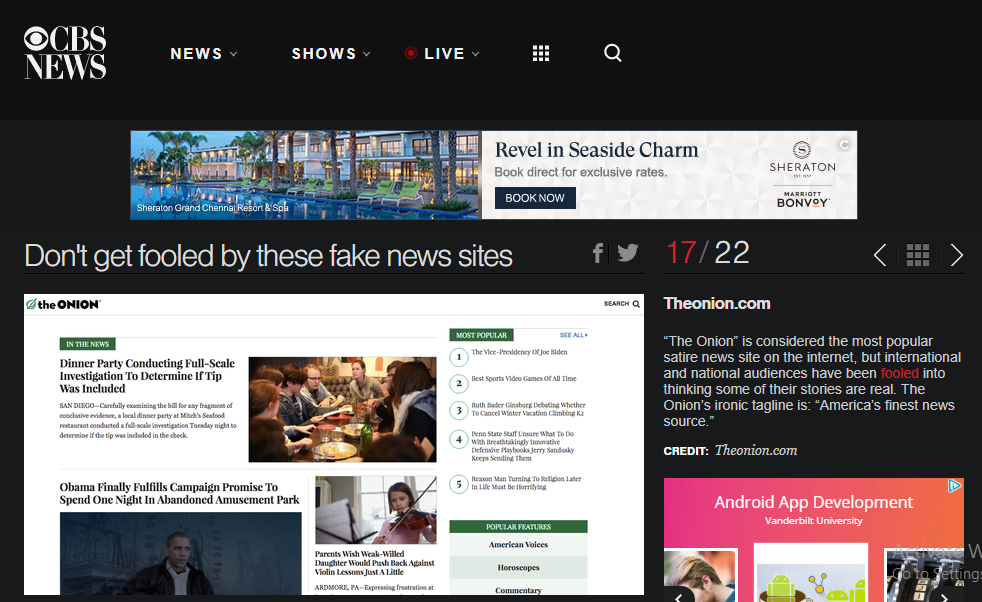 The Sunday Morning Herald also did a piece on The Onion published on August 23, 2017, which  was titled, ‘The Onion: inside the biggest ‘fake news’ outlet in the world.’

This proves that the post is a work of fiction and hence, it is fake.