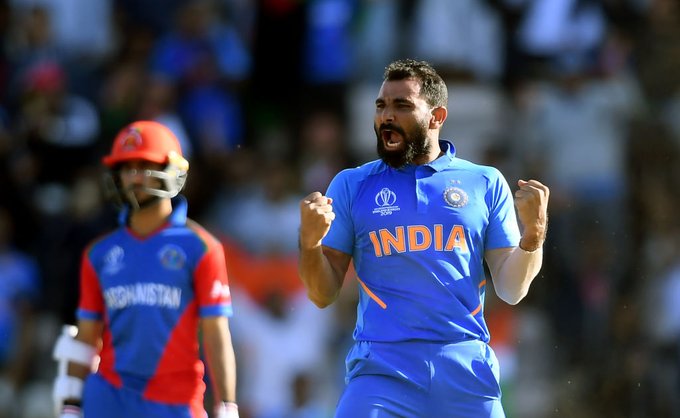 Mohammed Shami’s hat-trick in the last over of the match helped India maintain their winning streak in the ongoing ICC Men’s Cricket World Cup as they defeated Afghanistan by 11 runs at the Rose Bowl Cricket Ground here on Saturday.

Chasing a modest target of 225 runs, Afghanistan had a poor start as opener Hazratullah Zazai (10) got out in the seventh over bowled by Mohammed Shami.

So close, yet so far!

Gulbadin Naib was then accompanied by Rahmat Shah on the field and both stitched a 44-run partnership. Both played steadily and avoided risky shots. However, in the 17th over, Naib (27) gave away an easy catch to Vijay Shankar off Hardik Pandya’s delivery.

Two quick wickets gave India a sense of relief as it brought them back in the game while putting Afghanistan under immense pressure. Asgar Afghan and Mohammad Nabi then took the charge but only managed to form a 24-run partnership as Afghan (8) became a victim of Yuzvendra Chahal.

After the conclusion of 35 overs, half of the Afghanistan side was sent back to the pavilion when they had just 130 runs on the board. Najibullah Zadran came out to bat along with Nabi but their 36-run partnership was halted by Pandya as he took the wicket of Najibullah Zadran (21).

Rashid Khan took the field when they needed 59 runs from 48 balls. Nabi and Rashid Khan played brilliantly and they smashed regular boundaries. However, at a very crucial time, Yuzvendra Chahal bowled Rashid Khan.

Despite Rashid Khan’s wicket, Nabi still kept Afghanistan’s hope alive as he hammered a brilliant six to Bumrah. The match was then brought to a point where Afghanistan needed 16 runs in the last over of the inning.

Mohammed Shami bowled the final over of the inning and Nabi hit a boundary on the first delivery of the over. But Nabi gave away an easy catch to Hardik Pandya on the third delivery which ended his 52-run inning.

Shami then continued his sublime form and took another two wickets to complete his hat-trick as he bowled both Aftab Alam and Mujeeb Ur Rahman. With this he became the second Indian bowler to take a hat-trick in the World Cup after Chetan Sharma’s feat in the 1989 edition of the premier tournament.

Consequently, Afghanistan were all out at a score of 213 runs.

Earlier, Afghanistan displayed a spirited bowling performance to restrict India to 224 runs for the loss of eight wickets in the allotted fifty overs after being asked to bowl first.

Openers Rohit Sharma and KL Rahul failed to provide a steady start at the top as Sharma (1) was bowled through the gate by spinner Mujeeb-Ur-Rahman in the fifth over. Skipper Virat Kohli joined Rahul and the duo ensured the team does not suffer more damage in the opening ten overs. Both batsmen mixed caution with aggression to keep the scoreboard moving.

Rahul (30) was dismissed in the 15th over by Mohammad Nabi and this ended the 57-run stand between Rahul and Kohli. Rahul looked to play a reverse sweep, but he miscued it straight to the short third man. Kohli, however, kept marching on and he brought up his half-century in the 22nd over, registering his third consecutive fifty-plus score in this World Cup.

Vijay Shankar who came out to bat at number four, once again failed to convert his start into a big score. Shankar (29) was dismissed by Rahmat Shah. India faced a major setback as the set Kohli (67) was sent back to the pavilion by experienced campaigner Mohammad Nabi, leaving the Men in Blue in a spot of bother at 135/4 in the 31st over.

MS Dhoni and Kedar Jadhav retrieved the innings for India as they played cautiously against the spinners. Soon after, they targeted the right bowlers and pressed on the accelerator. Rashid Khan had a golden chance to run-out Jadhav in the 45th over, but he made a hash of it, giving India a reprieve.

However, Dhoni (28) was dismissed immediately by Rashid. The wicket-keeper batsman looked to play a big shot, but he ended up missing the ball completely and he was stumped by Afghanistan wicket-keeper Ikram Alikhil.

Kohli was the top-scorer for India as he scored 67 runs whereas Nabi scalped two wickets for Afghanistan.

Afghanistan will next take on Bangladesh on June 24 whereas India will face West Indies on June 27. 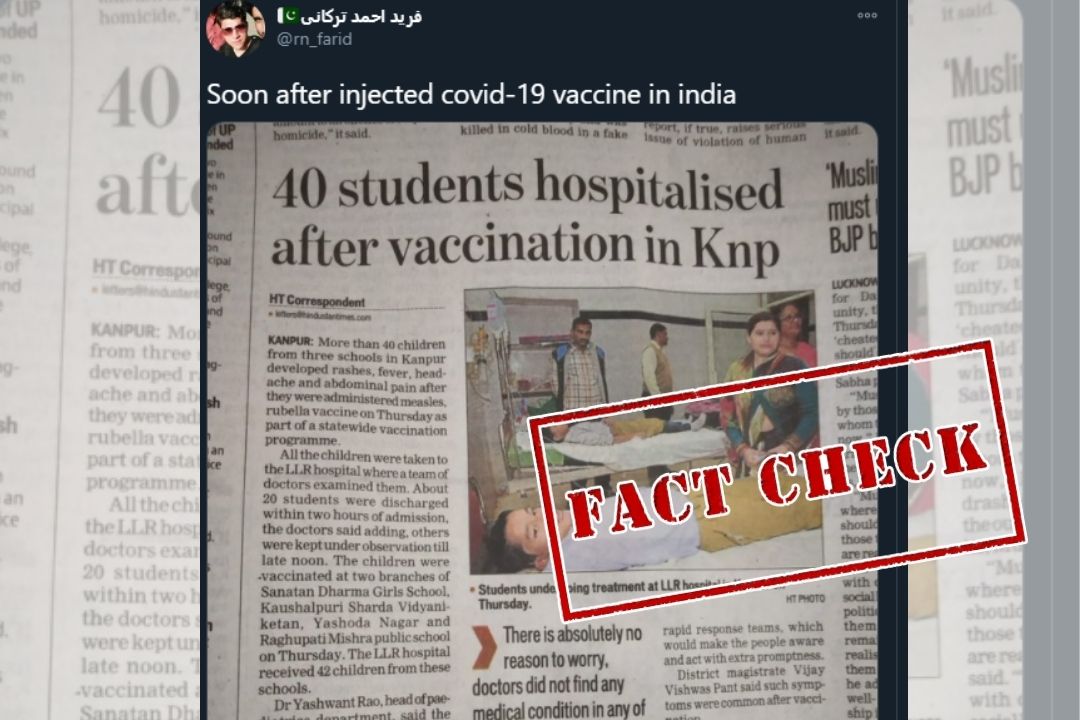