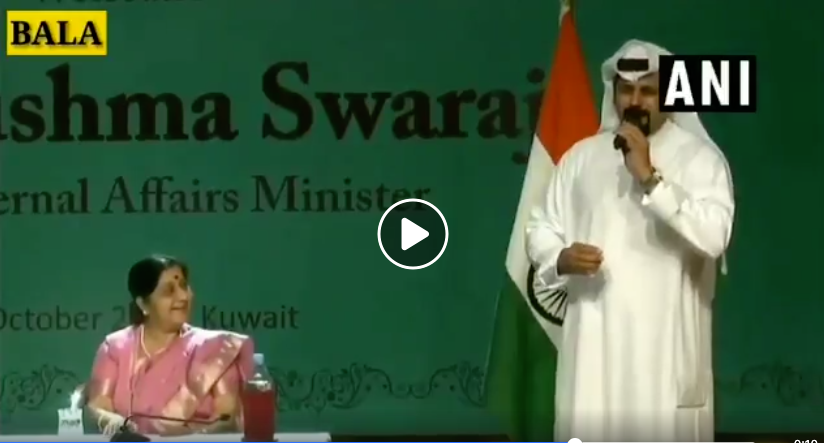 A video of a Kuwaiti singer, Sheikh Mubarak Al Rasheed, has surfaced on the internet in which the singer can be heard singing a song ‘Ram Mandir kab Banega’ and former External Affairs Minister Sushma Swaraj can be seen in the video. 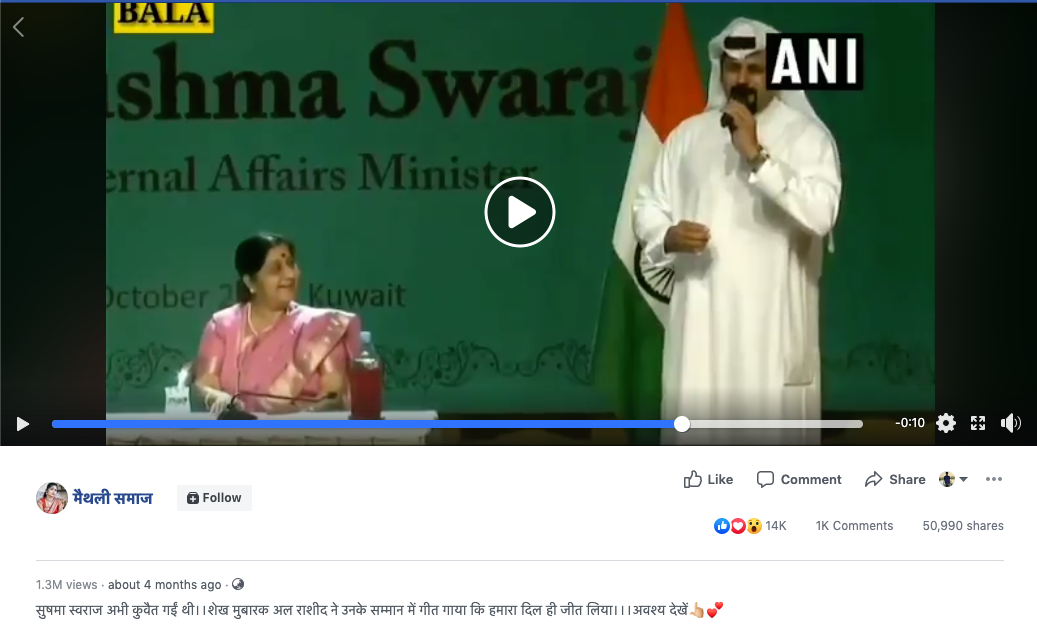 The above video was shared by over 50,000 Facebook users.

When NewsMobile fact-checked the above video, we found the video to be false.

On putting the keyframes of the video through Reverse Image Search, we found as Tweet was newswire ANI which has the original video.

#WATCH: Kuwaiti singer Mubarak Al-Rashid sings the favourite bhajan of Mahatma Gandhi `Vaishnav Jan to Tene Kahiye’ during an event in Kuwait, in the presence of EAM Sushma Swaraj. pic.twitter.com/aKqy1HM2hn

In the original video, the Kuwaiti singer Mubarak Al-Rashid singing the favourite bhajan of Mahatma Gandhi `Vaishnav Jan to Tene Kahiye’ during an event in Kuwait, in the presence of EAM Sushma Swaraj.

Hence, this proves that the viral video is doctored as the audio from the original video is manipulated.