After extended dates for admission procedures, Delhi University (DU) will announce its first cut off list on June 28, 2019. The Delhi High Court a few days back released an order for DU, asking them to follow last year’s eligibility criteria for granting admission.

The varsity announced its revised admission schedule on Wednesday, 20 June, 2019. 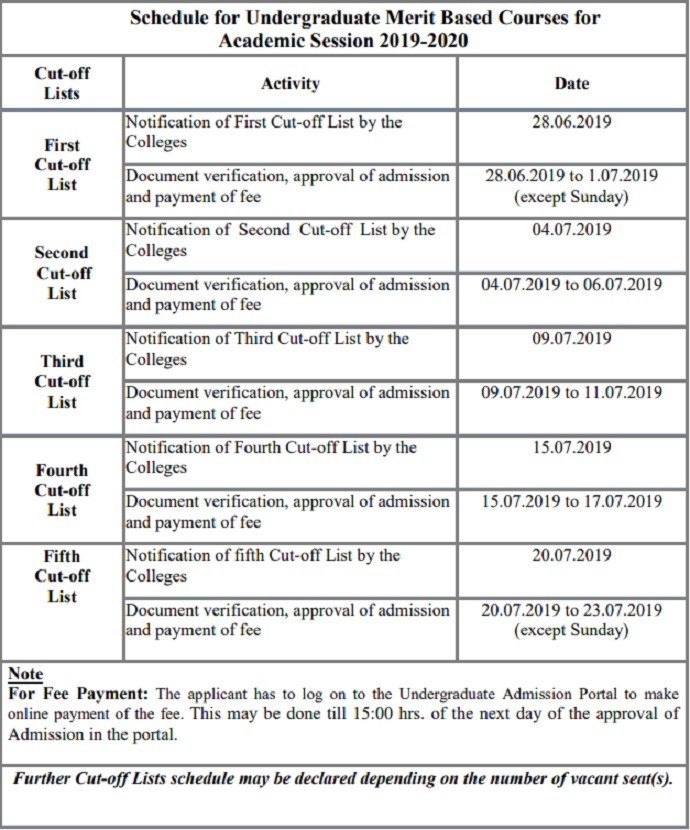 The First cut off will be released on June 28, the second on July 4, third on July 9, fourth on July 15 and fifth on July 20 for all undergraduate courses.

Also Read: Admission season alert! Here’s how you can ace your Statement of Purpose

For post-graduate courses the first cut off list will be July 17, second on July 22, third on July 27 and fourth on August 2.

Colleges like Hindu College, SRCC college, Miranda House College, LSR and Ramjas College  will be following the schedule for cut-offs as released by the University.

The DU entrance-based courses, will conduct entrance tests in the last week of June and in the first week of July.