Days after junior doctors were trashed in Kolkata’s NRS Medical College, a picture of a man resting his foot on a hospital bed has surfaced on the internet and it is being claimed that the man in the picture is a junior doctor.

The caption which was originally written in Bengali read: “This is the condition of Junior Doctors” (এই হোল জুনিয়র ডাক্তার). 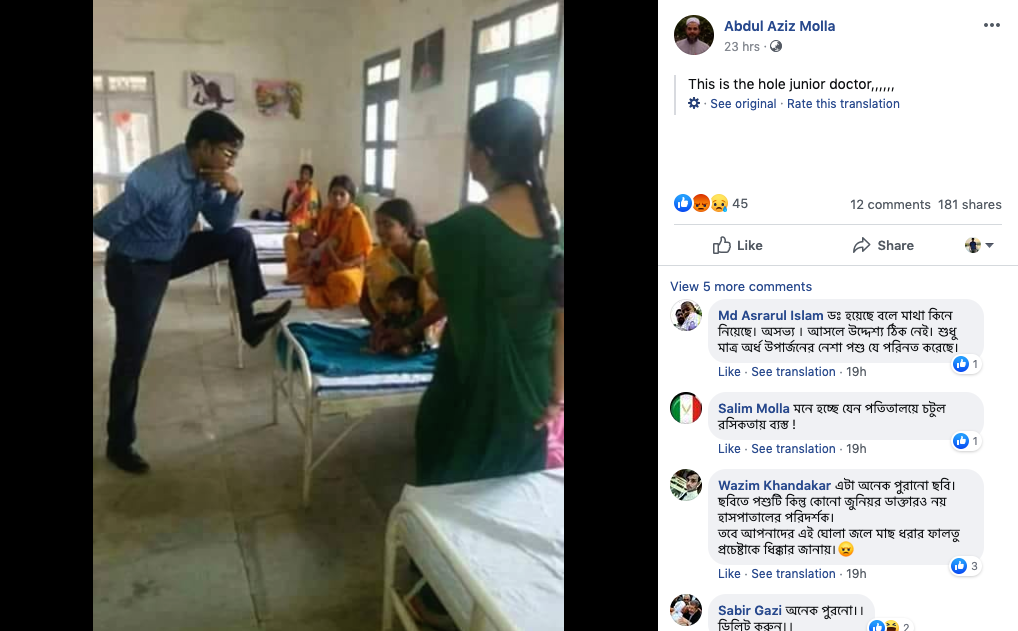 When NewsMobile fact-checked the above post, we found that it is FAKE.

On putting the picture through Reverse Image Seach, we found that the man in the picture is not a junior doctor. He is an IAS officer, Jagdish Sonkar, and the above picture went viral in May 2016 during his routine visit to a government hospital in Balrampur district of Chhattisgarh.

IAS officer kicks up a storm with his hospital visit picture

IAS Association’s confirmed the identity of the IAS officer on their verified Twitter handle:

Hence, the above information proves that the man in the viral picture was not a junior doctor.