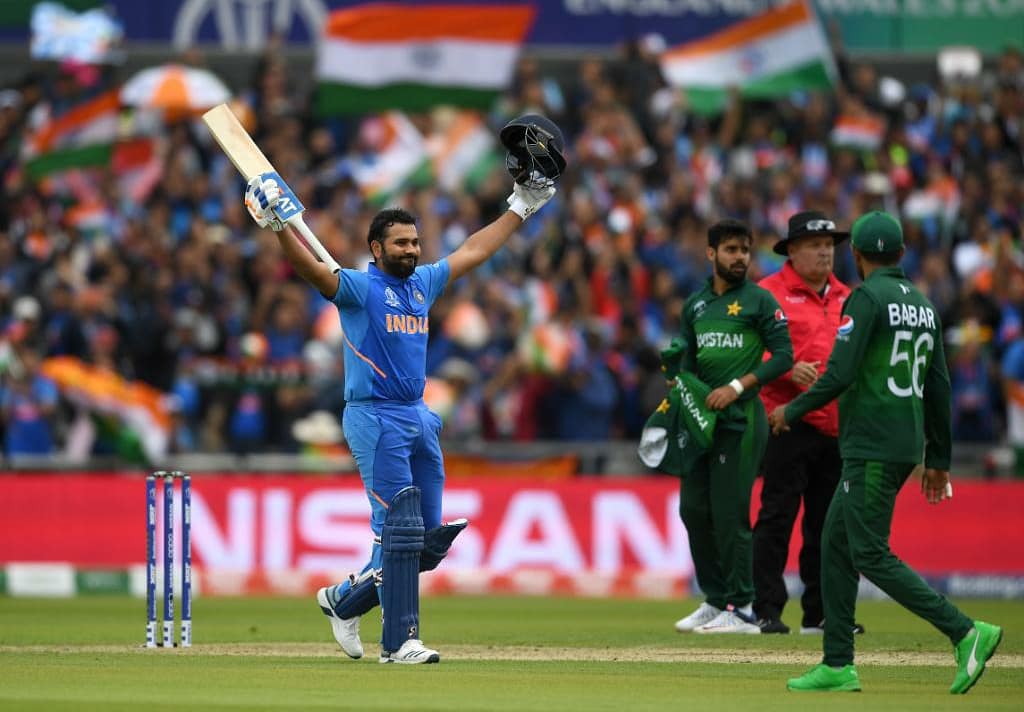 Indian opener Rohit Sharma played a key role in India’s victory on Sunday, against Pakistan. He was declared Man of the Match after he pulled back a sparkling knock of 140 runs to help the Men in Blue beat their arch-rivals by 89 runs via Duckworth-Lewis method (D/L) at the Old Trafford Cricket Ground in Manchester.

Put in to bat first, Sharma notched up good partnerships of 136 and 98 runs with opening partner KL Rahul (57) and Indian skipper Virat Kohli (77), respectively and smashed his 24th ODI ton to help the Men in Blue put a powerful total of 336 for five in their stipulated 50 overs. 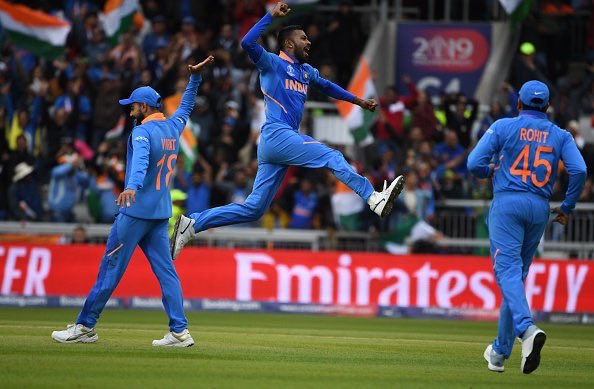 While receiving his Man of the Match award, the Indian opener revealed that he got upset when he was caught by Wahab Riaz at short fine leg on a Hasan Ali delivery in the 39th over.

“I was unhappy (when I got out), particularly the way I played that shot. He just pushed mid-on back and brought fine leg in, a little misjudgment from my side. When you’re set you want to get as many runs as possible. Trust me, wasn’t thinking of a double hundred. Got out at the wrong time, the partnership was becoming solid and we wanted to kill the game,” ESPNcricinfo quoted Sharma as saying.

Chasing a revised target of 302 runs after rain played the spoilsport and reduced the match to 40 overs per side, Vijay Shankar, Hardik Pandya and Kuldeep Yadav all bagged two wickets each to help India restrict Pakistan to 212 for six.