Home NM FACT CHECKER No! This Pakistani man was not singing the Indian National Anthem at... 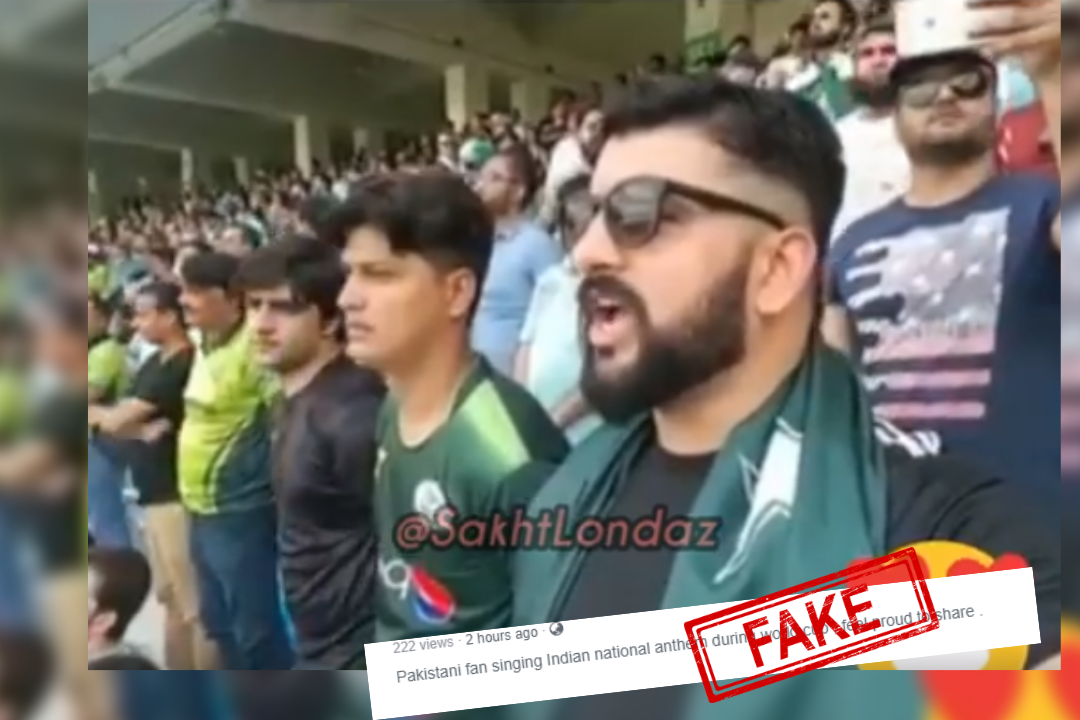 A post has surfaced on the internet after India defeated Pakistan by 89 runs in the Cricket World Cup 2019 on Sunday.

The claim attached to the video is that a Pakistani man is singing Indian national anthem during the World Cup.

When the fact-checking team at NewsMobile did a fact check, we found that the video is OLD.

On putting the screengrabs of the video though Reverse Image Search, we found an article on Scroll which was published on September 23, 2018, during the Asia Cup.

The headline of the video read: “Watch: A Pakistani man singing the Indian national anthem at the Asia Cup is warming hearts online” 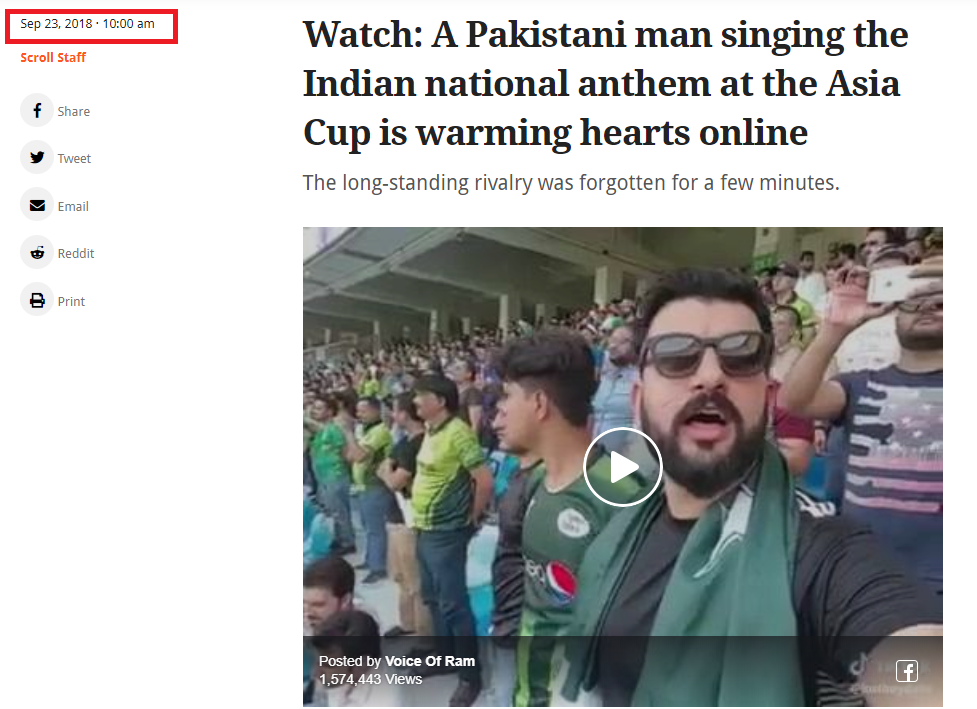 The claim proves that the video is not from Cricket World Cup 2019 but Asia Cup 2018.