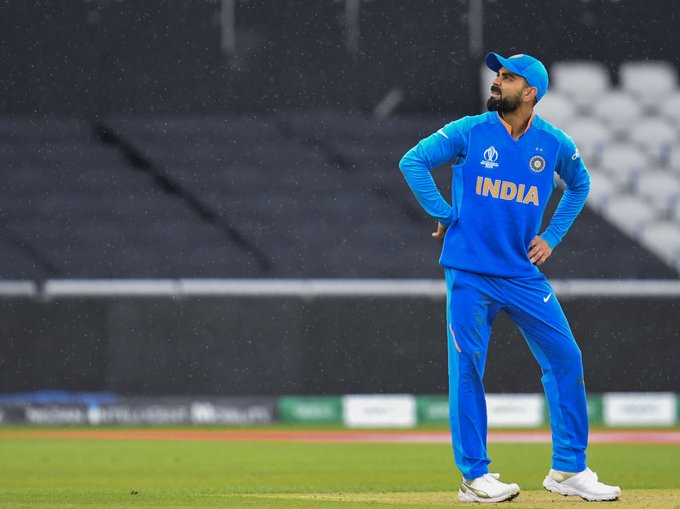 The ongoing ICC Cricket World Cup hasn’t been the ideal one, in terms of weather. So far, as many as four games have been washed out to rain and inclement weather and that has been a cause for frustration for many cricket fans across the world.

Due to that, there is an increased focus on the Duckworth-Lewis-Stern method- a mathematical system that aims to calculate target scores and determine outcomes even in the most rain affected cricket matches.

Initially devised by British statisticians Frank Duckworth and Tony Lewis, the method was updated by Australian statiscian Steve Stern, who further refined the rule and his name was added after the 2015 World Cup.

During rain affected games, neither teams can’t play out the full 50 overs and the outcome has to be reached within that time. To make sure of it, the DLS rule looks to arrive at a score that takes into account all the parameters. That is the score which the chasing team has to achieve.

WHAT HAPPENED TODAY DURING INDvsPAK-

During India’s game against Pakistan at Old Trafford, Manchester in the World Cup, DLS method had a big role to play.

After India had amassed a total of 336 runs in what was a rain affected innings towards the end, Pakistan had their innings interupted by rain when they were 166 for 6 in 35 overs.

After the rain passed by, the umpires decided to use the DLS method to reduce the number of overs to be played due to lack of time and Pakistan were handed a reduced target. Due to Pakistan’s low run rate before the rain, they were handed the mamoth task of scoring 135 runs in just five overs.

The men in green failed with the task in hand, as India picked up their seventh win over their arch rivals in World Cup competition, remaining unbeaten in this year’s edition.