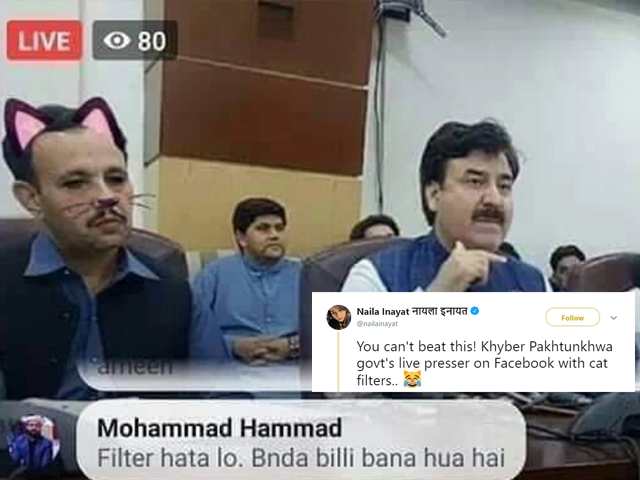 Pakistan Prime Minister Imran Khan recently made headlines with his diplomatic protocol goof up at the SCO summit in Bishkek, Kyrgyzstan on June 13.

The very next day, the provincial government of Pakistan’s Khyber Pakhtunkhwa in a major gaffe, live-streamed an entire meeting by accidentally turning on the cat filter. With pink ears and cute whiskers, the ministers conducted the meeting online — leaving Netizens laughing out loud.

According to KP government’s social media team we now have a cat in the cabinet #Filter pic.twitter.com/LNl7zwOfLU

So this happened today when PTI’s SM team forgot to turn off the cat filter while live streaming a press conference on Facebook. @SAYousafzaiPTI looks kinda cute pic.twitter.com/IjjJrua7DL

Later, the party issued a clarification on Twitter regarding the press briefing held by KP’s Information Minister Shoukat Yousafzai, calling it “a human error”. In a statement, PTI Said, “All necessary actions have been taken to avoid such incidents in the future.”