Home Home Slider India vs Pakistan at the World Cup: Those unforgettable moments 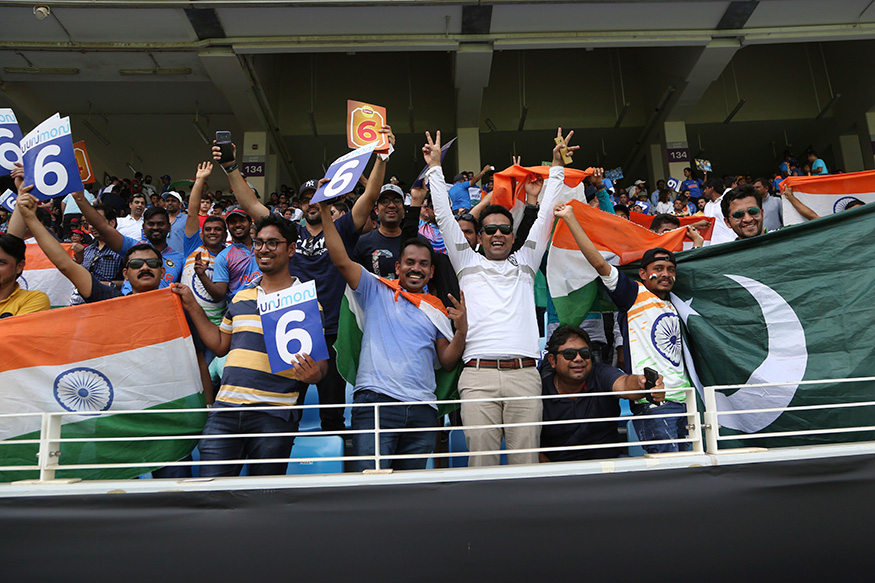 The king of all clashes is scheduled on 16th June 2019. It doesn’t get any bigger than this; after all, it is India – Pakistan Cricket match at the World Cup.

Past record in World Cup insanely supports India as it is 6-0 in favour of India. India has defeated Pakistan in each of the six matches, two countries played with each other in past at the World Cup.

India – Pakistan played each other first time in the fifth edition of the Cup in 1992. In fact, in 1987 when these two countries co-hosted the Cup, people were looking for an India-Pakistan final but both teams lost their semi-final. So India and Pakistan did not play each other in the first four editions of the Cup.

Past clashes were full of drama and electrifying moments, which only manifested the atmosphere of high pressure and unthinkable spirit on both sides. In fact, these anecdotes are no short of folklore.

Javed Miandad epic monkey jump in the match played on 4th March 1992 at SCG is recalled till date by fans. It happened when keeper Kiran More rattled Miandad with regular appeals and jibes from behind. Kiran More actually was able to get under Miandad’s skin in a very astute manner. India won the match, though Pakistan had the last laugh by winning the cup in 1992. 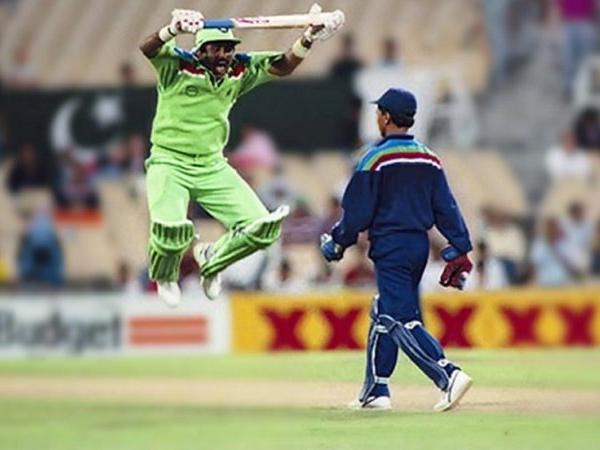 Match played during 1996 World Cup at Bangalore was high tension drama, which Indian fans recall to date. The match had two unforgettable moments, first a cameo by Jadeja during the last three overs of Indian inning and second an altercation between Sohail and Venkatesh Prasad.

Jadeja played a knock, which till date people believe that it has been one of best ever knocks by an Indian in the slog overs in ODIs. India was 236 after 47 overs and a score of 260 was on cards, but then lightning struck in form of Jadeja. India amassed 51 runs in the last 3 overs. The whole Chinnaswamy Stadium erupted when Jadeja converted a Yorker to half volley and dispatch the ball in the crowd. Waqar Younis bowled 48th and 50th over of the innings and gave away 40 runs.

In response Pakistan was cruising well. When the score was 113 for one, Sohail made a derogatory gesture towards Prasad after hitting him for a boundary. On the very next ball, Sohail went overboard in his bid to insult Prasad and to win the mind game further, He tried an audacious cover drive but he lost his off-stump instead. It was then time for Prasad to throw a few hyper jibes at Sohail. That mistake of Sohail was a costly mistake as Sohail’s wicket triggered a collapse. Pakistan lost the match and knocked out. The present PM of Pakistan Imran Kahn was sin the commentary box and watching the collapse of his side.

The match at The Centurian played on 1st March 2003 is unforgettable. Tendulkar smashed 98 runs off 75 balls; an innings which has been unarguably one of finest ODI knocks ever. The defining moment was Tendulkar’s uppercut on Shoaib Akhtar over third man fence for a six. There is one interesting moment of this match.

India was 57 for 2 when Pakistan’s Abdul Razzaq dropped Sachin Tendulkar off the bowling of Wasim Akram. Tendulkar was batting at 32 at the time. Akram screamed: “Tujhe pata hai tune kiska catch chhoda hai (Do you know whose catch you have dropped)? Akram was right. Tendulkar did not give another chance and took the game away from Pakistan.

When these two teams play at the big stage, it is only pressure which takes centre stage. The merit and de-merit of teams and players become meaningless in an India-Pakistan match. It all boils down to the fact that who is able to hold his nerves in the end.

For encounter on 16th June, India looks strong but please guess the result on your own risks and peril. Remember the final of ICC Champions Trophy two years back in England? India lost the match when no one expected it.

Pakistan is under pressure for sure but for India also challenge is huge. Captain Kohli must be wary of Mohd Amir, whom he failed to handle two years back in Champions Trophy final. Indians must also be aware that this side has defeated a formidable England just a few days back.

Notwithstanding above, the stage is set for a big game. You never know that few more electrifying moments may unfold on 16th June, as it happened many times in past. Let’s wait and watch.