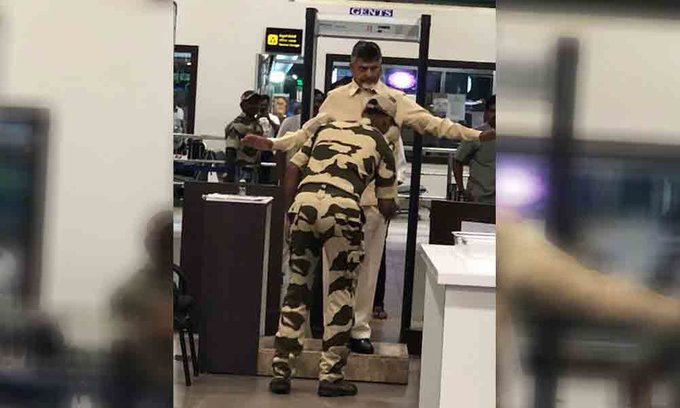 A security guard was seen frisking Naidu at the security entrance.

The Telugu Desam Party (TDP) chief was also not allowed to reach the aircraft in VIP vehicle.

The incident drew strong reaction from TDP, which alleged that BJP and YSR Congress Party (YSRCP) were resorting to witch-hunting.

TDP leader and former state Home Minister Chinna Rajappa said the attitude of authorities was not only insulting but they also compromised on Naidu’s security as he enjoys “Z plus` category security.

He said Naidu never had to face this situation though he was in opposition for many years.

He demanded the central and state governments to ensure proper security to Naidu.