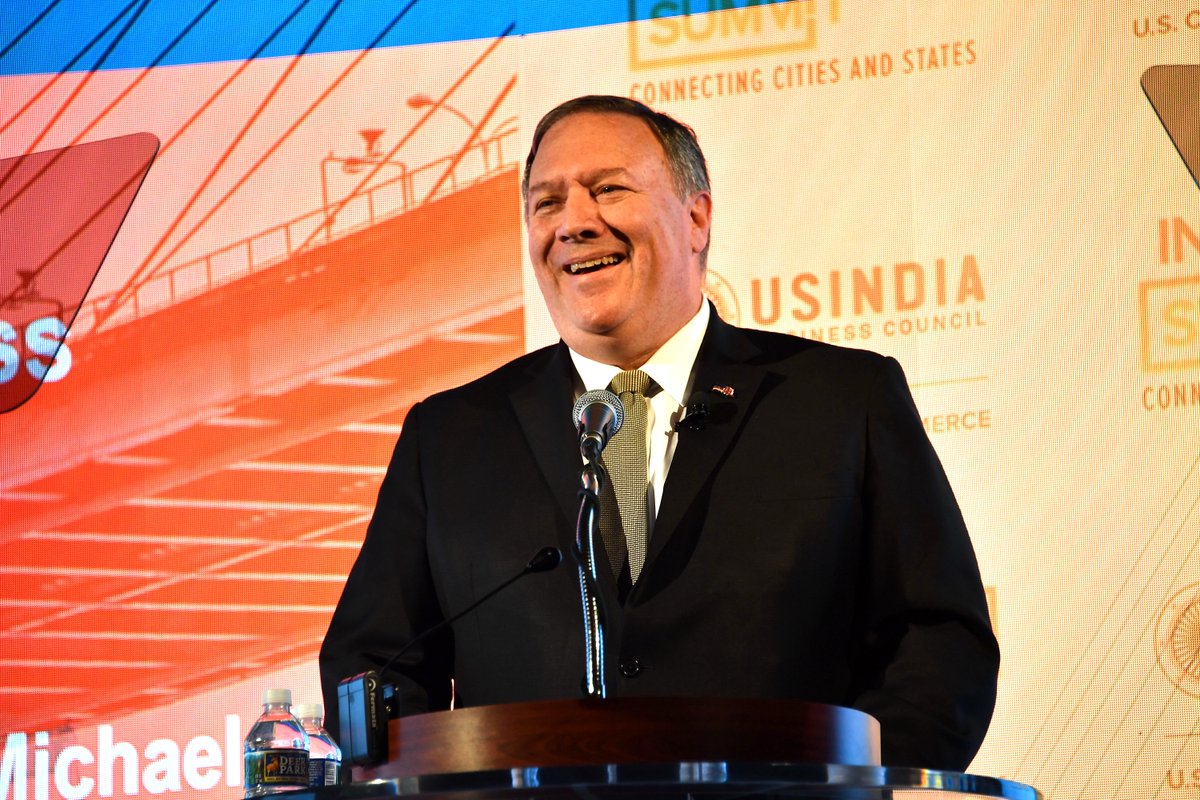 Citing the BJP’s election slogan ‘Modi hai to mumkin hai’, US Secretary of State Mike Pompeo on Wednesday sought to take the bilateral relationship with India to the next level.

Speaking on India-US ties under Prime Minister Narendra Modi, Pompeo asserted that New Delhi and Washington have a unique opportunity to take advantage of a ‘special partnership’.

He said, “We want to continue to move ahead, to build ever-stronger relationships & embrace the strategic framework that works for both our nations. Under the leadership of Trump and Modi Administrations, I look forward to exploring what’s possible.”

“When Prime Minister Narendra Modi visited the United States in 2017, President Trump and Modi shared few hugs and goodwill. PM Modi said it is in Indian interest lies in strong prosperous and successful America. In similar ways India’s development and its growing role at the international level are in the United States of America’s interest as well,” he added.

Pompeo is scheduled to travel to India, Sri Lanka, Japan and South Korea from June 24 to 30. His visit will take place as the two countries get ready for a meeting between Modi and Trump during the G-20 Summit on June 28 and 29 in Osaka, Japan.