The committee was constituted on Tuesday, the party said. Prahlad Joshi has been appointed the government’s Chief Whip while Arjun Ram Meghwal and V Murleedharan will be the Deputy Chief Whip of the government in Lok Sabha and Rajya Sabha respectively. 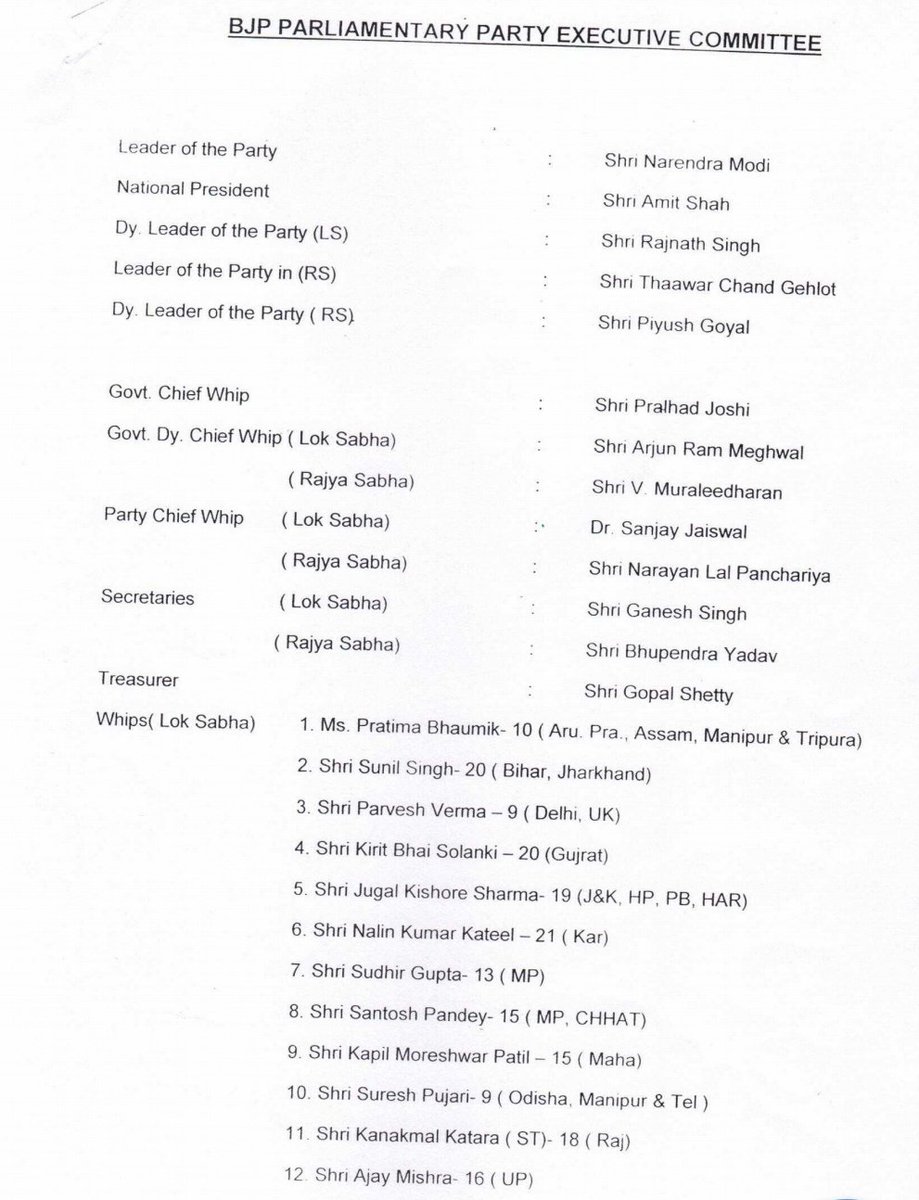 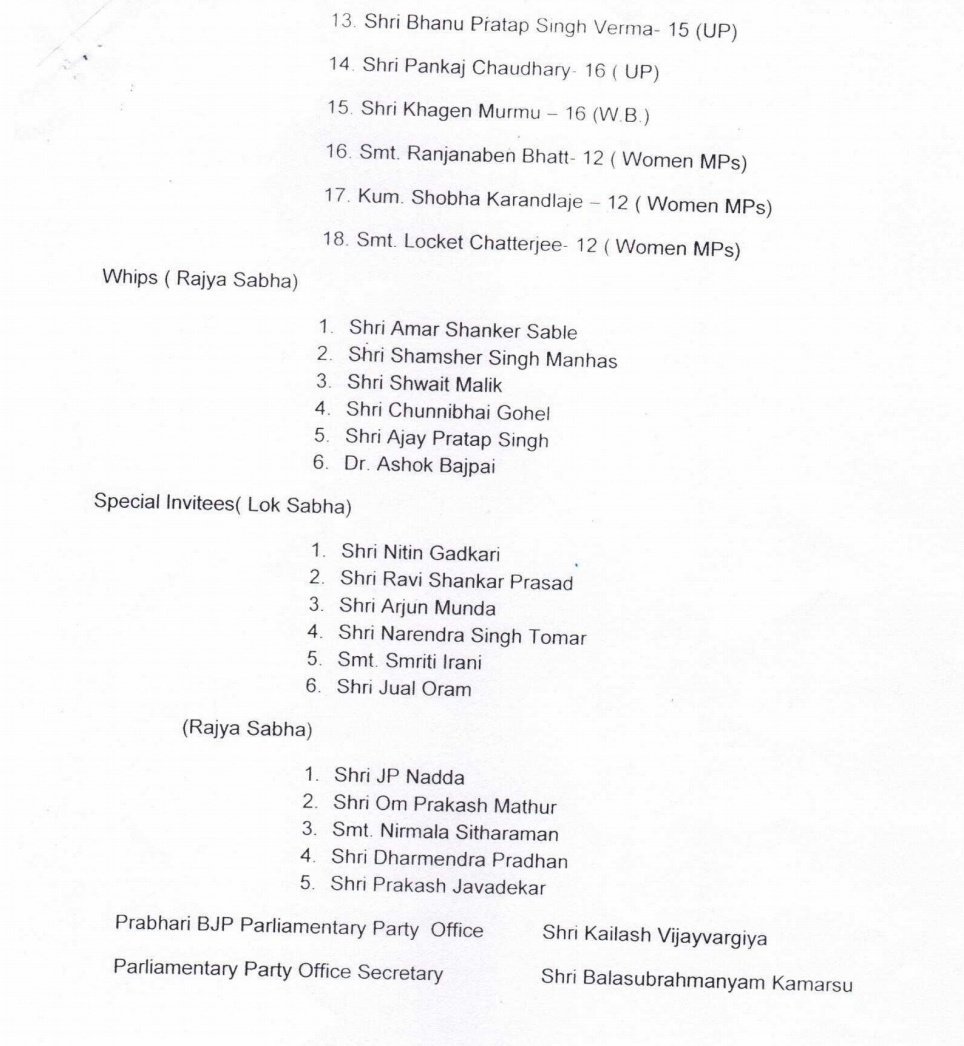 Gopal Shetty will be the new Treasurer.