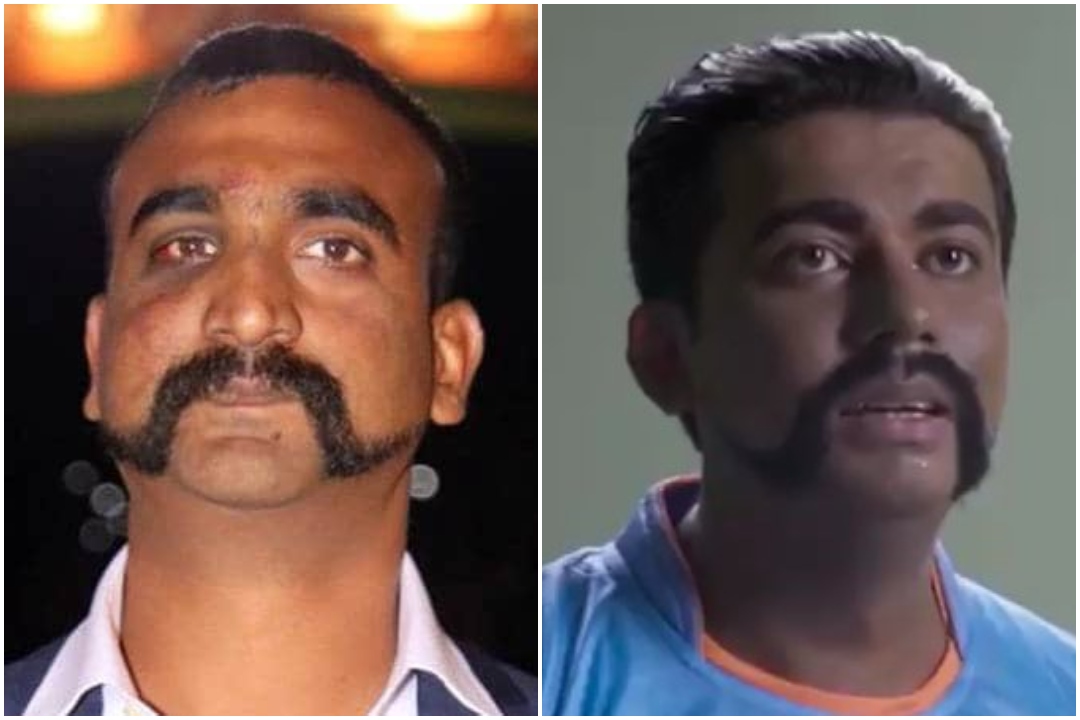 A Pakistani TV channel’s “shameful” cricket World Cup advertisement using IAF Wing Commander Abhinandan Varthaman as a prop is being widely slammed by the Twitterverse, who have outrightly dismissed the gimmick.

This comes as the Indian and Pakistani teams are all set to face off in the Cricket World Cup 2019 in England’s Old Trafford on June 16.

Shameful for Pakistan to mock our hero #Abhinandan ahead of #INDvsPAK World Cup cricket game. We need to retaliate! pic.twitter.com/BQcLxyQPvH

“Shameful for Pakistan to mock our hero #Abhinandan ahead of #INDvsPAK World Cup cricket game. We need to retaliate!” Twitter user and the chairman of RPG Enterprises, Harsh Goenka, wrote on Twitter.

Pic 1 – what India can do
Pic 2&3 – what Pakistan can do #Abhinandan #PKMKB #INDvPAK pic.twitter.com/WJN62zzDvf

The advertisement is a spoof on the video released by Pakistani military during the Wing Commander’s brief captivity in the country.

Donning the Team India colours, the actor who plays Abhinandan appears to have a blackened face, pointing towards the racist undertones of the short clip released by a Pakistani channel called Jazz TV.

He’s also sporting the trademark Abhinandan gunslinger moustache, and holding a cup of tea. He’s asked a volley of questions like what India will do if they win the toss or who’s in the playing XI, to which he replies, “I’m sorry, I’m not supposed to tell you that, sir,” in heavily accented English which seems to be mocking Indian speakers of the language.

“This is disgusting!! #IAF pilot #Abhinandan sir is a hero!! India will teach Pakistan its lesson in World Cup match,” another Twitter user wrote while reacting to the advertisement.

“This is Shameful for Pakistan to mock our hero Abhinandan. You Have no right to disrespect our Army…” another Twitter user said.

The actor is asked to leave towards the end of the widely slammed clip, not before the narrator stops and takes the teacup away from him.

Taking a jibe at this, another Twitter user said, “Pakistan cannot do anything in the name of Abhinandan Varthaman. They do not have the right to do it. Also, they are only capable of taking the teacup, not the World Cup.”

On February 27, a day after the IAF bombed terrorist camps in Pakistan’s Balakot, the Pakistani Air Force (PAF) attempted to carry out an attack on Indian military installations in Jammu and Kashmir. The attack was foiled by the IAF, who immediately scrambled jets.

A MiG-21 piloted by Varthaman shot down an F-16 using a Russian air-to-air missile. However, his plane also crashed, forcing him to eject. He landed in Pakistani territory and was taken into custody by the Pakistani Army.

Under severe pressure from India and several other nations, Pakistan released Abhinandan on March 1. He was later moved out of Srinagar and shifted to an airbase on the western border due to security concerns.